GRNews
GreekReporter.comGreek NewsEconomyEuropean Officials Have Limited Expectations on Greek Issue Ahead of Eurogroup

European Officials Have Limited Expectations on Greek Issue Ahead of Eurogroup 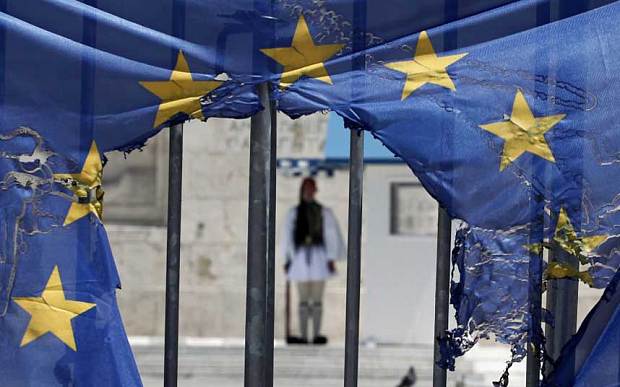 The German Finance Ministry is rather skeptical ahead of Friday’s Eurogroup in Riga, Latvia, where Greece’s proposed reforms list will be examined. According to Finance Minister Wolfgang Schaeuble’s spokesperson Martin Jaeger, Berlin has limited expectations from the Riga meeting regarding Greece’s crisis.

Jaeger told a news conference that the single currency’s Finance Ministers are expecting an interim report on Greece, but, as he said, the expectations are “manageable.”

In a similar tone, Eurogroup Working Group (EWG) head Thomas Wieser said Greece will not present a list of economic reforms to Eurozone Finance Ministers on April 24. “The clock is ticking. There will not be a new list in Riga, but over the course of May it must finally be reached. The liquidity situation in Greece is already a little tight, but it should be sufficient into June,” he told Austrian broadcaster ORF yesterday. Although, Wieser expressed his optimism that a solution can finally be reached sooner or later. “It is my central belief that the negotiations with Greece can still be successfully finished,” he concluded.

The Greek government had reached an agreement with its European partners in February, which among others indicated that the two sides would strike a deal on a comprehensive list of reforms in order to disburse the remaining 7.2-billion-euro installment from the 240-billion-euro bailout program by the end of April. Eurozone officials had expected the revised list on Friday, during the Finance Ministers’ meeting, but such hopes appear to be slim.