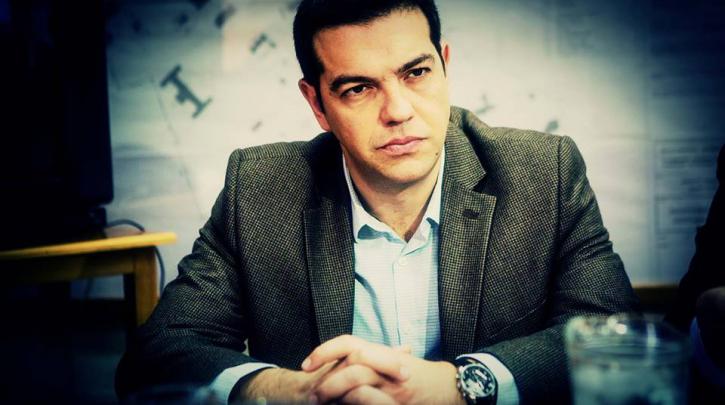 An high-ranking official close to Greek Prime Minister Alexis Tsipras said the Greek government is not planing to give in to its creditors’ pressures and go against the program they had promised to the Greek people who brought them to power.
Greece’s creditors — the European Central Bank, the European Commission and the International Monetary Fund — are asking for reforms that will bring more austerity to the country that already has more than half of its youth unemployed. The creditors are also asking for heavier taxation in sales, pension cuts up to 15% and cuts in public sector workers’ salaries, the government official said.
The official told capital.gr that the government is not even thinking to resign, noting that “if they want, let them try to overthrow us.”
The Greek government seems prepared to collide with creditors as negotiations continue to stall. The Greek side insists on the “red lines” it has drawn on certain measures while creditors insist that Athens should proceed with required reforms before any further financial aid is released. Thereby an agreement seems unlikely.
According to Greek government sources, creditors have declined most of the measures proposed by Greek Finance Minister Yanis Varoufakis without offering any alternatives or making counter-proposals.
“They rejected the bill against first-residence auctions (for debtors). We asked them: ‘What do you propose instead?’ We got no answer. The same applies to all items on the Varoufakis list they rejected. They reject our proposals but they don’t make their own proposals,” the Greek official said to capital.gr.
According to the same source, European partners have decided to push the Greek government to the wall until state coffers are empty and then drag the country to a deal under the threat of bankruptcy. “They know exactly how big our bank reserves are and when we are going to run out of liquidity. That’s what they are aiming at. They want to lead us to asphyxiation so that we cross all our red lines, especially in labor and social security laws, and sign whatever they want us to sign… There is no way we will do that. They should forget it,” he said.
The government official went on to say that the Tsipras administration is not planning a referendum or snap elections. “If they want to overthrow us, they have to do it themselves. We are not going to a referendum or elections… They cannot overthrow us through elections. If you add together the New Democracy, ‘To Potami’ and PASOK votes, they are not enough to overthrow us,” he said.
The Greek government is determined not to back down on pension and labor social security reforms. They are also against the proposed mass layoffs, the raise in value added tax and privatizations.