TechNews
GreekReporter.com Greece Two Dead in Kalamata Due to Fireworks

Two Dead in Kalamata Due to Fireworks 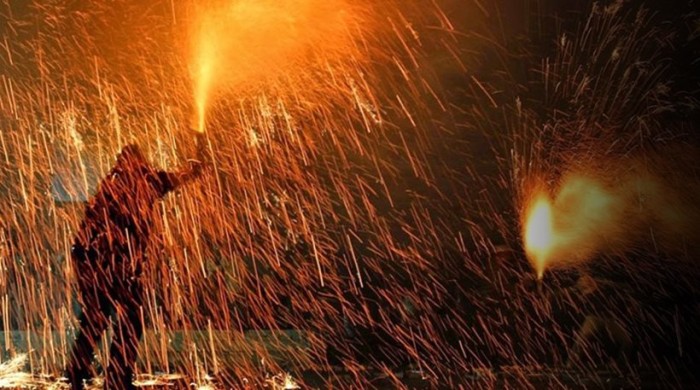 The two young men aged 23 and 26 lost their lives after throwing a firecracker at a Public Power Corporation (PPC) wire, while still holding a cable connected to the firecracker. As a result, the two young Greeks were electrocuted.
The tragic accident occurred in a Greek village in Messinia, Peloponnese, on Holy Friday. The two young men were preparing for the traditional Saitopolemos, a firework “war” between several teams that takes place in Kalamata annually.
According to local media, the two men were playing in a schoolyard, located just outside the small village of Ano Amfeia. They tied the firecracker with a cable and threw it toward the PPC wire while still holding the cable. Even though the firecracker missed the PPC wire, the cable they were still holding came in contact with them and the two men were electrocuted and killed instantly.
An ambulance was alerted but arrived at the scene too late. The village is currently in mourning while police have opened an investigation.
Such incidents are common in Greece around Easter, especially in Kalamata and Chios where the locals organize firework “wars” called Saitopolemos and Rocket War respectively. Both traditions stem from the Ottoman occupation when Greeks were not able to celebrate the Greek Orthodox Easter.

The migrant camp of Kara Tepe in the island of Lesvos will shut down within the next few weeks, Μigration Minister Notis Mitarakis said.
Crime