No Progress on Greek Issue from Euro Working Group 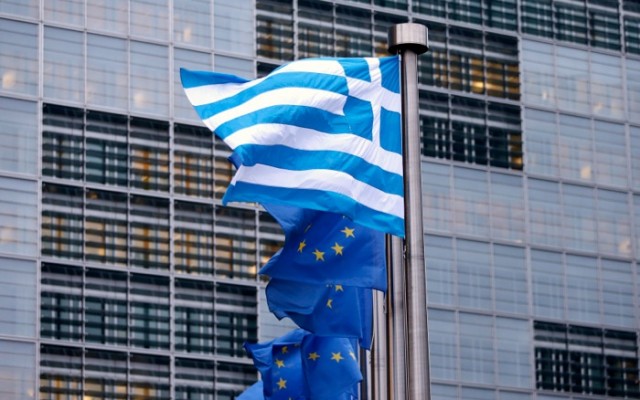 No progress was made on the Greek issue in Wednesday’s Euro Working Group in Brussels as there was no discussion for partial disbursement of the tranche Athens is hoping for.
The Euro Working Group‘s 18 Finance Ministers met to prepare the informal meetings of Ministers in Riga, Latvia, on April 24-25 and were briefed on the negotiations between Greece, the European Commission, the European Central Bank (ECB) and the International Monetary Fund (IMF), as well as the progress of the fifth review.
The Greek issue will not be discussed in today’s meeting 28 EU member-states’ Economic and Financial Committee.
Euro Working Group members expressed their disappointment that the Greek representatives are avoiding to give specifics about how to achieve their fiscal goals and procrastinate, thereby wasting valuable time. They said that Greece is far from a staff level agreement, which must be signed before the next Eurogroup.
Moreover, the IMF has communicated that it does not disburse installments and does not make partial agreements. They will disburse the full tranche only after the fifth review is successfully completed. In any case, there still is a fundamental disagreement over what measures will be more beneficial: state spending cuts or increased revenues.
The Greek side does not seem willing to discuss state spending cuts because it lacks the political will or the expertise to reduce state spending. At the same time, they insist that they will not proceed with pension and salary cuts but in fact no one has asked them to cut salaries or pensions, sources from the creditors’ side said.
What creditors want to see is a credible budget, a list of privatizations and pertinent bills to be voted in the Greek Parliament before they start disbursement of funds.
Athens, on the other hand, is nurturing expectations that it will receive the profit the ECB has made from Greek bonds and by raising the limit of treasury bills, EC officials said, adding that these expectations are completely unfounded and they have been repeatedly rejected.