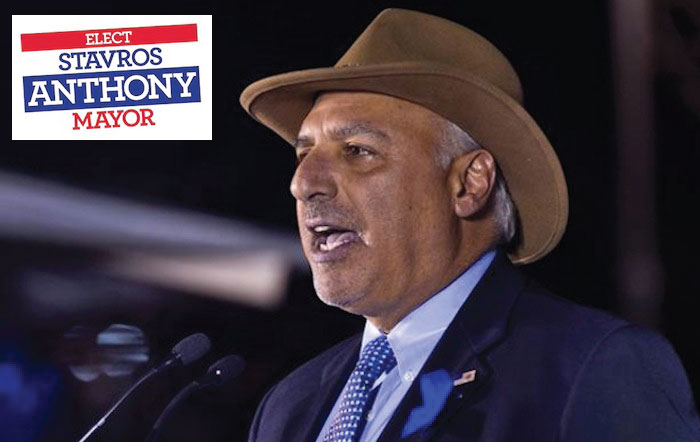 Stavros Anthony, a Greek-American whose parents came to the US from Cyprus in the 1950’s, has announced his candidacy for Mayor of Las Vegas.

Anthony, a Las Vegas Metropolitan Police Department retired captain who also holds a master’s degree and a Phd, has been the mayor pro-term of the City. Greek Reporter spoke with Anthony a day before the primary mayoral election to find out what fueled his candidacy.

“I decided to run because I believe that the City needs a mayor that will listen to the people,” says Anthony who has been opposing the development of a $200 million tax-funded soccer stadium in downtown Las Vegas proposed by current mayor Carolyn Goodman.

The Greek-American tried to put the tax-funded stadium in the ballot for the people to decide, but the current mayor took it off, and that was the beginning of Anthony’s campaign.

And his campaign is going well:

“We are working hard, doing everything we can to get our message out and attend as many events as we can,” notes Anthony facing the first primary mayoral election tomorrow April 7.

Being of Greek descent, Anthony says his involvement in politics stems from his DNA.

“It’s kind of in the blood of Greeks to be politically involved, whether run, or working behind the scenes,” admits Anthony.

“It’s part of our heritage from the days we invented democracy.” 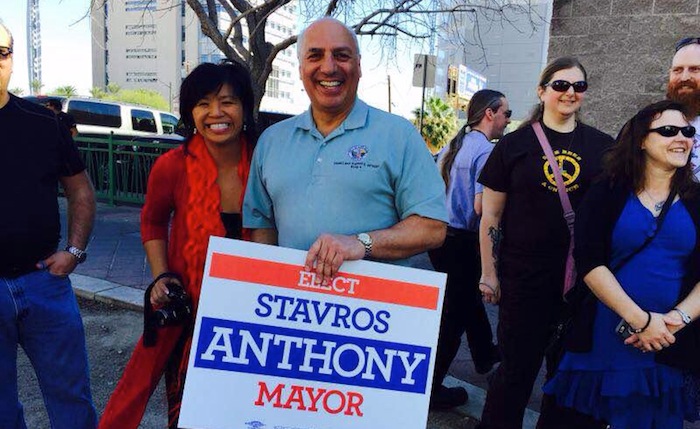 However besides opposing the tax-funded stadium Anthony has two other masterplans to make Las Vegas better.

“I want to deal better with our parks and community centers, to be able to help those in need and give space to our kids.”

His other masterplan is to make Las Vegas a player in the medical field in the long term.

“I want to create a medical district, to have a UNLV medical school in the downtown and to be able to cover the health needs of our people,” notes Anthony.

Before settling in Las Vegas, Anthony was raised in Kansas City and Detroit. Although both his parents came to the US from neighboring villages near Paphos, Cyprus, they met and got married in Kansas. Later, Anthony with his parents and two siblings moved to Detroit where his father became the executive chef at the Lakepointe Yacht Club.

“We wanted to be close to my mother’s relatives that live in Canada,” says Anthony and adds “this was the closest point on US soil to be close to them.”

Stavros Anthony later moved to Las Vegas and established his own family there. He has two daughters and this summer is also preparing for another big event after the election.

“One of my daughter’s is getting married this summer so we are also preparing for a big fat Greek Wedding right here in Las Vegas,” said the proud father.