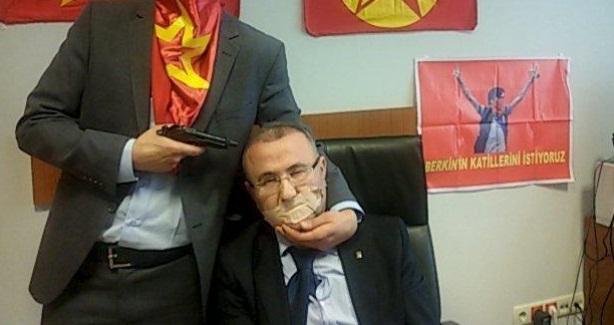 The Greek Foreign Ministry spokesperson Konstantinos Koutras has responded to Turkish press allegations linking Greece with a recent terrorist attack in Istanbul that resulted in the death of a senior prosecutor. “The heavy death toll Greece has paid due to terrorism precludes even commenting on such reports, which have long and far surpassed the limits of the most imaginative and bizarre conspiracy theories,” Mr. Koutras categorically said.

It is reminded that on Tuesday March 31 Istanbul prosecutor Mehmet Selim Kiraz died from his wounds after security forces stormed the office where members of an extreme left Turkish group took him hostage, killing both his captors. The prosecutor was investigating the death of a teenager who was hit by a police gas canister fired during the nationwide anti-government protests that shocked the world in 2013. Kiraz was taken hostage by two individuals, suspected members of the illegal Marxist group, Revolutionary People’s Liberation Party-Front (DHKP-C). Hospital officials said his death was a result of severe injuries he suffered during the shootout.

Turkish President Recep Tayyip Erdogan said Kiraz was shot three times in the head and twice in the body and he didn’t make it despite being rushed to the hospital for emergency surgery.

The prosecutor was investigating the death of 15-year old Berkin Elvan, who died 269 days after being hit by a tear-gas canister and left in a coma following the Gezi protests in June 2013. His death in March 2014 caused a second wave of outrage in Turkey as the teenager was on his way to the bakery when he was hit. He was not among the protesters.

It should be noted that Turkey has accused Greece in the past of harboring Kurdish guerrillas in various areas, among of which are training camps in the region of Attica, in the suburbs of Athens.