Greek Deputy Finance Minister Mardas: We Are Ready to Pay IMF on April 9 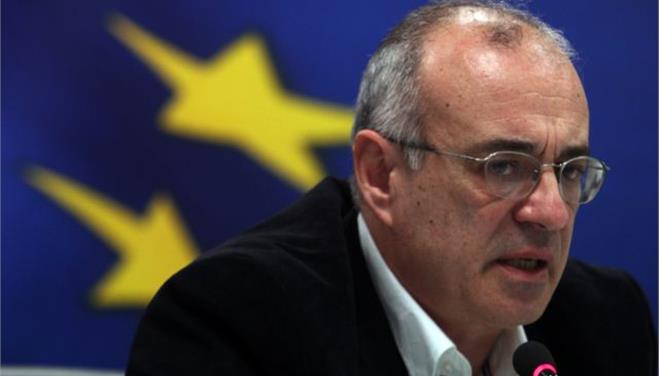 Greek Deputy Finance Minister Dimitris Mardas  expressed his optimism today that Greece will be able to repay a loan tranche of 450 million euros to the International Monetary Fund (IMF), ruling out scenarios that the country will run out of money by that date. “We strive to be able to pay our obligations on time. We are ready to pay on April 9,” Mr. Mardas declared, explaining that the state revenue in March topped the targets. Moreover, the Deputy Finance Minister, said that there has been significant progress in talks with the country’s international creditors, regarding its revised reforms list.

Rumors of Greece possibly being unable to repay its debt to the IMF fired up last week, after Interior Minister Nikos Voutsis in an interview with the German daily newspaper Der Spiegel, revealed that if the country’s creditors do unlock further funds by next Thursday, April 9, the government would first pay salaries and pensions and then come to an agreement on repaying the IMF late. The newly elected SYRIZA-led government’s response to the above comments came immediately, with government spokesperson Gavriil Sakellaridis denying such a development. “There is no chance that Greece will not meet its obligations to the IMF on April 9,” he said in an interview with the Bloomberg — although word had already spread and international media reported that Athens would be unable to fulfill its commitments.

Greece’s lenders have frozen aid until it implements reforms, currently being negotiated between the leftist government and the institutions, participating in its bailout program. The last time Greece received bailout funds was in August 2014 and has already borrowed from state entities to avoid a cash crunch. The Greek leftist government officials are expecting that the reforms package will be soon approved by the creditors’ institutions and that would signal the green light to unlock the remaining aid of 7.2 billion euros and lead to the return of some 1.9 billion euros in profits made by the European Central Bank (ECB) on Greek bonds.

On the other hand, German Chancellor Angela Merkel insists that Greece would only receive fresh funds if its list of reforms is accepted.

Earlier this week, during a Euro Working Group (EWG) teleconference, the Greek side proposed a new list of economic reforms to its creditors including, among others, measures on taxation, privatizations, public sector, labor market and healthcare. The list was firstly obtained by The Financial Times and journalist Peter Spiegel who wrote: “Indeed, the proposal appears to reverse past reforms in several of these areas. The document includes 1.1 billion euros in new spending this year, more than half of it reinstating a so-called ’13th pension’ — an extra months’ pay — for low-income pensioners. The document suggests that change would add 600 million euros this year.” It also would suspend a so-called “zero deficit clause’ that would force further cuts to state pensions; the measure would add another 326 million euros this year.