GRNews
GreekReporter.comGreek NewsEconomyReuters: Greece Will Run Out of Money on April 9

Reuters: Greece Will Run Out of Money on April 9 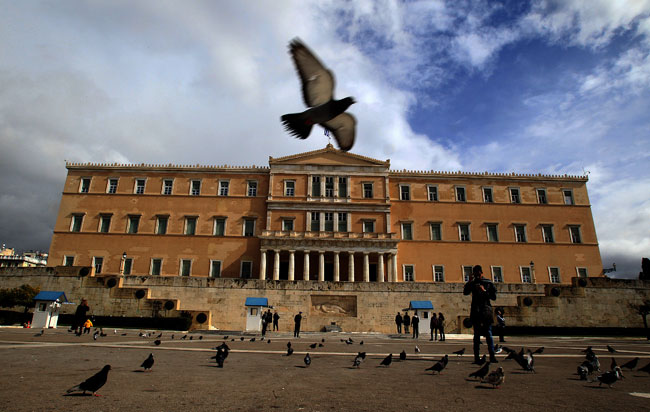 The Greek government has reportedly warned its international creditors it will run out of money on April 9, if no new funds are made available before that date, regardless of an agreement reached over the proposed reforms list, Reuters pressed earlier today citing unnamed Eurozone officials.

According to the sources, Athens’ appeal was made during the teleconference held yesterday between the single currency’s Deputy Finance Ministers (Euro Working Group), scheduled to assess the Greek reforms that would unlock fresh aid. The alleged appeal appears in line with Greece’s Interior Minister Nikos Voutsis, who told the German daily newspaper Der Spiegel that if the country’s creditors would not unlock further funds by next Thursday, April 9, the government would first pay salaries and pensions and then come to an agreement on repaying the International Monetary Fund (IMF) 430 million euros installment. His statement, though, was later denied by the newly elected SYRIZA-led government’s spokesperson Gavriil Sakellaridis. In an interview with Bloomberg, he ruled out such a scenario saying that “there is no chance that Greece will not meet its obligations to the IMF on April 9.”

The Greek Government proposed yesterday a new list of economic reforms to its creditors including, among others, measures on taxation, privatizations, Greece’s public sector, its labor market and healthcare. The list was firstly obtained by The Financial Times and journalist Peter Spiegel who wrote: “Indeed, the proposal appears to reverse past reforms in several of these areas. The document includes €1.1billion euros in new spending this year, more than half of it reinstating a so-called ’13th pension’ — an extra months’ pay — for low-income pensioners. The document suggests that change would add 600 million euros this year.” It also would suspend a so-called “zero deficit clause” that would force further cuts to state pensions; the measure would add another 326 million euros this year.