Greeks Have a Long History in Thailand 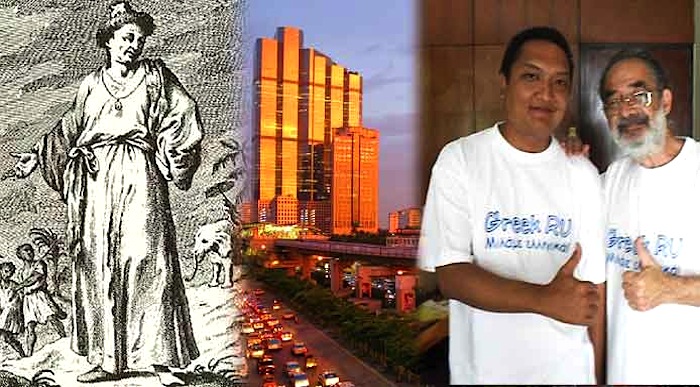 According to an old saying, there is a Greek person under every rock, meaning that Greeks have spread out across the world, and they are getting involved in the everyday lives of their respective countries.

Costantin Gerachi, also known as Constance Phaulkon, was a Greek adventurer born in 1687 within the fortress of Asso in northern Cephalonia to Greek Orthodox parents. Phaulkon worked for England’s East India Company and later, in 1675, he traveled to Siam -today’s Thailand- as a merchant. He was fluent in English, French, Portuguese, Malay and Thai, so in just a few years he began working at the court of King Narai as a translator. Due to his experience with the East India Company, he was soon able to become the king’s prime counsellor, working in the country’s Treasury. 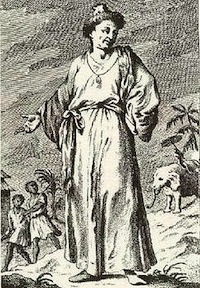 Phaulkon quickly rose among the ranks of nobles in Siam, becoming highly influential within the court. He was married to a Catholic woman of mixed Japanese-Portuguese-Bengali descent named Maria Guyomar de Pinha and had two sons, João and Jorge. Guyomar is famous for introducing new dessert recipes in Thai food at the Ayutthaya court, based on Portuguese culinary influence. When King Nirai became terminally ill, Pra Phetracha, the foster brother of Narai, staged a coup d’état, leading to the 1688 Siamese revolution. Phaulkon and several other royal court members were executed on June 5, 1688, without the king’s knowledge.

Since then, diplomatic relations between Greece and Thailand have remained at a very good level, with significant potential for further improvement in the area of economic cooperation. Furthermore, the two countries need to strengthen their ties in regards to cultural and educational matters. The Greek Studies program at Ramkhamhaeng University in Bangkok is a major step forward in that direction. 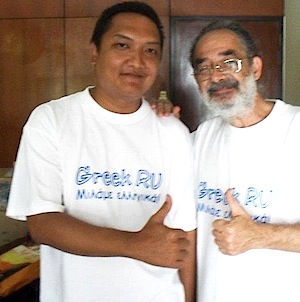 In 2006, professor Aris Lazaridis travelled to Thailand to teach Greek to students at Ramkhamhaeng University, the only higher education institution in south-east Asia that includes a Greek studies program in its curriculum. In the past, the program used to have around 25 students at a beginner level and six or seven more advanced ones, however their numbers have dropped over the last years.

The initiative to start a Greek Studies program in Bangkok belonged to associate professor Usa Korntaptim, who had been trying to establish such a program since 1980. After almost 20 years of effort, she was able to create the program in 1999. Korntaptim learned Greek when she traveled to Greece with an academic scholarship in 1976. After receiving a state scholarship and studying in the country for four years, she wanted to give something back, so she decided to return to Thailand and teach Greek to young students. When Lazaridis left the University in 2012 at the age of 60, professor Korntaptim took over the Greek Studies program. 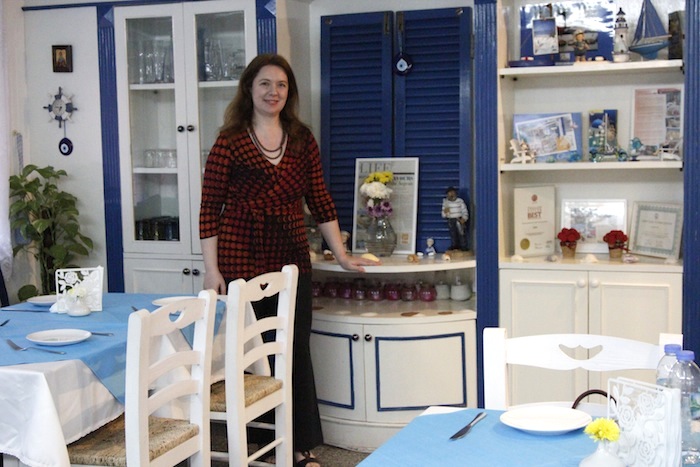 Greek cuisine in Thailand
Greek cuisine is also a part of Greek culture that has traveled to Thailand. “Olive – Kebab & Café” was created in 2002 by a Thai-Greek partnership between Siriluck Lim and Eleni Karoumpi. They both realized that Bangkok had almost no Greek restaurants. They saw an opportunity to create something unique for the market in Bangkok and decided to open their first “Olive” branch at All Seasons Place, one of Bangkok’s up-market office and retail complex on Wireless Road.
Co-owner Karoumpi is a Greek national that moved to Thailand around 1997, after working in various prestigious hotels in London.

Where to stay: Tower Club at lebua

Tower Club is everything you’ve heard about lebua – turned up for a heightened five-star hotel experience. From the 51st through the 59th floor, the views from the hotel’s 221 expansive suites are even more extraordinary, the separate bedrooms, living room and kitchenette complemented by the myriad thoughtful touches that reflect the personalized, intuitive service pervading every floor – like customized check-in and check-out, because here, every moment counts.