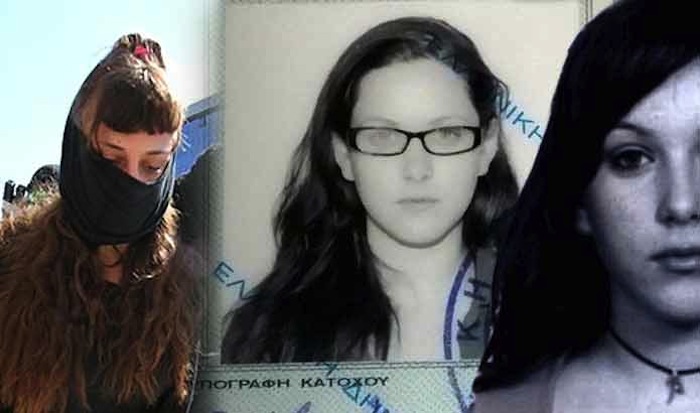 Angeliki Spyropoulou a person of interest in the case of Christodoulos Xeros was arrested today, March 2 by Greek police.
The 22-year-old student was arrested during a Greek police anti-terrorist unit operation in Salamina, Greece. She has already been transferred to the anti-terrorist unit headquarters in Athens and she will stand before the public appeals prosecutors later in the day.
This is the fourth arrest in three days regarding the case of Christodoulos Xeros. Over the weekend, Greek authorities also arrested a 36-year-old man known as “Iasonas,” a 32-year-old man who acted as the “mailman” for the terrorist organization Conspirary of Fire Nuclei. Furthermore, police also arrested a 36-year old woman on Sunday.
Greek police reports that they had been watching the young student for over a week. The last few days they had traced her steps around the southern outskirts of Athens, focusing on Piraeus, Drapetsona and Salamina. The 22-year-old woman was using an alias and she had altered her face features so that she would not be detected.
Angeliki Spyropoulou who comes from Aigio, West Greece operated as a link between Christodoulos Xeros and Conspiracy of Fire Nuclei members. According to Greek media, over the last two months she stayed in homes owned by relatives of imprisoned Fire Nuclei members, though this information has not yet been confirmed by Greek police.