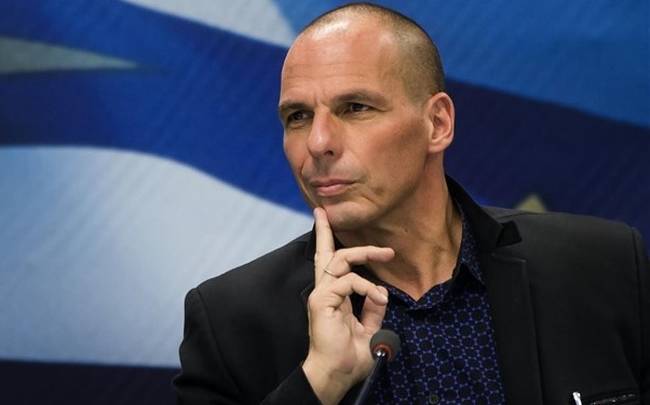 Greek Finance Minister Yanis Varoufakis said he relies on the European Central Bank (ECB) financial assistance to help the country avert a possible default, when liquidity and bank deposits are projected to be over by next month. In an interview with Bloomberg Television in Athens, Varoufakis highlighted that ECB owes Greece some 2 billion euros from the return of profits from its program of buying Eurozone bonds in order to support the market. At the same time, the Greek government must make a 2.2-billion-euro payment to the International Monetary Fund (IMF), one of the institutions supporting its bailout program.

“So it could hand over this money to the IMF as partial repayment. I am giving you examples, nothing has been decided. This is money we are owed. This is our money, an overpayment to the ECB,” Varoufakis explained.

On the flip side though, ECB President Mario Draghi, addressing the European Parliament yesterday, said it is a misconception that it is his institution’s duty to return profits from the Securities Markets Program (SMP), arguing that it is rather a governments’ responsibility as they are the ones in charge of the funds. “You still believe that the SMP profits are owned by the ECB and are kept there? That is not so. The SMP profit, like any other profit, has been distributed to all the central-bank members of the ECB. And the central-bank members of the ECB have transferred their profits to their national budgets,” he stressed.

In November 2012, the Eurozone agreed to transfer an amount equal to any profit on SMP holdings of the country’s debt to Greece as long as it complies with the conditions of its bailout program. On Tuesday, the single currency member-states’ Finance Ministers and the institutions approved a list of Greek reforms in order to grant the country a four-month extension on its previous loan agreement. That day, some 700 million euros that have been withdrawn from Greek banks returned to the country, Varoufakis underlined. Since early December, when the early presidential election -that led to the snap January 25 general elections- was announced by then Prime Minister Antonis Samaras, some 20 billion euros fled the country. “There was a deposit flight back into the Greek banking sector. It is a question of direction. Once you turn the tide, you hope,” the Greek Finance Minister explained.

The Greek government’s list of proposals, among others, includes commitments on tax policy, public finance management, revenue administration, public spending, social security reform, public administration and corruption, installment schemes, banking and non-performing loans, privatization and public asset management, labor market reforms, product market reforms, judicial system reforms and the humanitarian crisis. The above bought Athens’ newly elected government time to settle its new measures, while the next hurdle will come in April when the progress review is scheduled. “I am pretty confident we would not have a cash-flow problem because we all struggled very hard through long hours of discussions with our partners, with institutions, to come to this stage. I find it very hard to imagine that Europe and the IMF will allow us to trip over what is a relatively small cash problem,” Varoufakis concluded.

Thursday's coronavirus summit resulted in a surprisingly swift decision to issue vaccine certificates to ease travel by the Summer of 2021.
Ancient Greece