Many carnival events took place this weekend across Greece, despite the fact that everyone’s attention is turned to Brussels for tomorrow’s critical Eurogroup. People dressed in costumes filled the streets of cities and small towns, celebrating and making pranks. After all, the “apokries” is time to have fun and leave all worries behind.
Municipalities across the country organized events and parades that saw thousands of Greeks taking it to the streets, celebrating. The municipalities of Athens and Piraeus organized a number of events for masqueraded young and old, leaving everyone pleased. 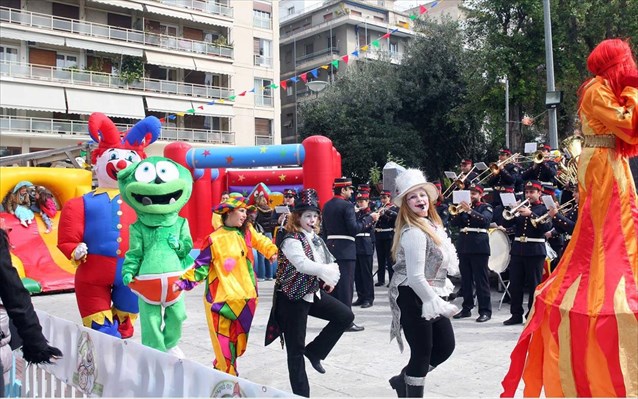 Many of the carnival customs in several areas of Greece are of pagan origin. However, the biggest carnival in Greece, and one of the biggest in Europe, is the one in the port city of Patras and is not of pagan but Italian origin. It is also the oldest, since it started in 1870. 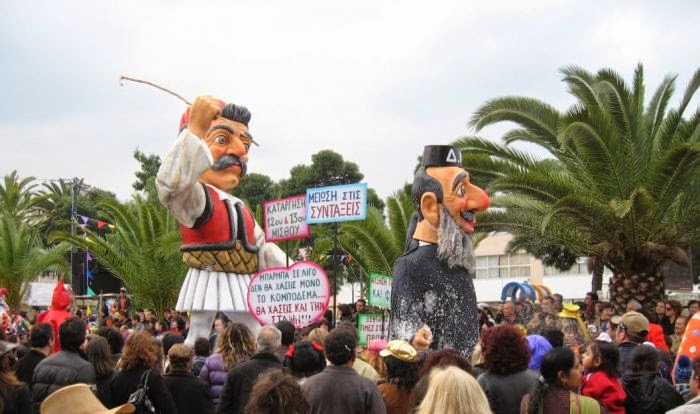 Big traditional carnival events also took place in Xanthi, Rethymno, Kastoria, Tyrnavos and Volos.
In the last few years of recession, the theme of the economic crisis was present in parades and costumes. Yet, the mood always remained celebratory.