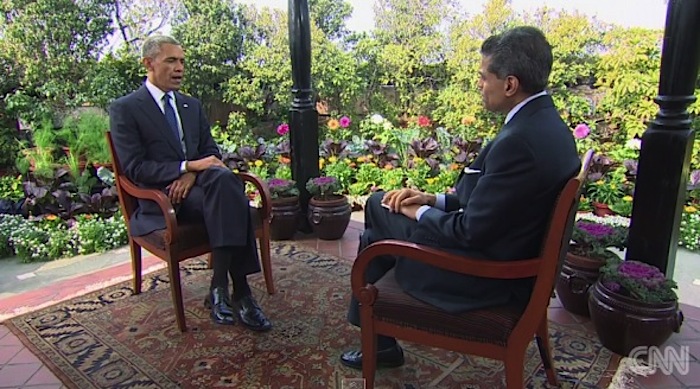 In an interview with the American TV Network CNN earlier today, U.S. President, Barack Obama, underlined that austerity can no longer be imposed on people. In what is seen as a powerful appeal to European leaders and in direct support of Greece, Mr. Obama highlighted that there should be a development strategy, adding that the reforms that must be put in place should not be based on austerity policies. Namely, the U.S. President mentioned tax evasions and referred to the troubling inability to collect taxes.
“It is very hard to initiate these changes if people’s standard of living is dropping by 25%. Over time the political system and the society cannot sustain it. My hope is that Greece remains in the Eurozone, and I think that will require compromise on all sides,” he said. In addition, he highlighted that he personally dealt with the Greek crisis from the beginning.
Barack Obama’s entire statement:
Question: The new Prime Minister of Greece has said that austerity has not worked. Would you agree?
Answer: I think what is true is that you cannot keep on squeezing countries that are in the midst of depression. At some point there has to be a growth strategy in order for them to pay off their debts and eliminate some of their deficits. There is no doubt that the economy of Greece was in dire need of reform. Tax collection was famously terrible. In order for Greece to compete in the world markets, they had to initiate a series of changes. But it is very hard to initiate those changes if people’s standards of living are dropping by 25%. Overtime, eventually, the political system and the society cannot sustain it.
So, my hope is that Greece will remain in the Eurozone. I think that will require compromise on all sides. When the financial crisis in Greece flared up a few years ago, we were very active in trying to arrive at some sort of accommodation. I think there’s recognition on the part of Germany and others that it would be better for Greece to stay in the Eurozone than be outside of it and the markets will obviously be skittish about this. More broadly I am concerned about growth in Europe.
Fiscal prudence is important, structural reforms are necessary in many of these countries but what we have learned in the U.S. experience is that the best way to reduce deficits and restore fiscal soundness is to grow and when you have an economy that is in a free fall there has to be a growth strategy and not simply the effort to squeeze more and more out of a population who is hurting worse and worse.
https://www.youtube.com/watch?v=80oxeNrSh04#t=48