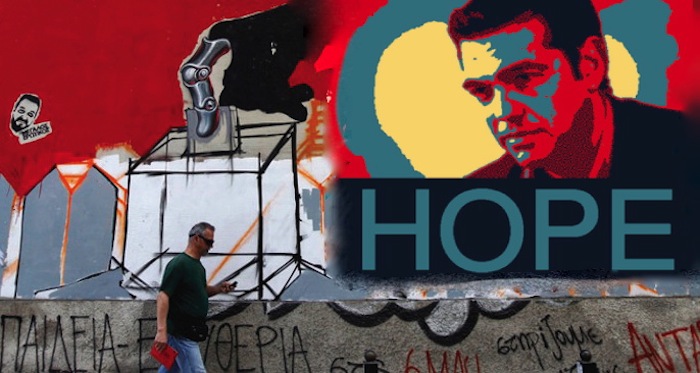 Over the last week and in the days to come Alexis Tsipras, the new Prime Minister of Greece, is and will be, the most talked-about European politician. He named his second son Orpheas-Ernesto after his hero Che Guevara, he is the country’s first leftist leader and is now the youngest prime minister Greece has ever seen; he may well also be the first European chief to clash with the leadership of the EU. The winner of Greece’s January 25 elections is a man who promised to bring much-needed change and hope to crisis-stricken Greece.
New Greek Prime Minister, Alexis Tsipras, was born on July 28, 1974 — a day full of symbolism as he was born just five days after the fall of the 7-year military junta in Greece. He comes from a well-off family, as his father, Pavlos Tsipras, was a contractor of big public works, even during the military rule period.
Mr. Tsipras grew up in the neighborhood of Ampelokipi, across the soccer field of his favorite team, Panathinaikos, of which he remains a loyal fan today. 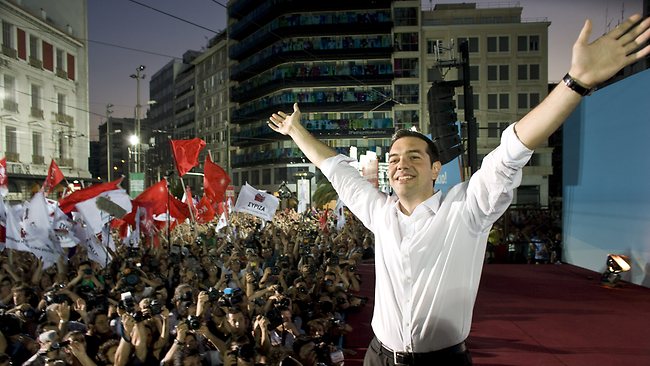 Yet it was politics that drew in young Tsipras during his teenage years, like it happened for many young Greeks of that period. He became a member of the Greek Communist Party Youth (KNE) and was very active. During the high school occupations in protest of unpopular education reforms in 1990-1991, he was one of the leaders. There he met Peristera (Betty) Baziana, who later became his common law wife until today.
After high school he entered the National Technical University of Athens to study civil engineering. Again, it was politics that really moved him and he became an active member of the leftist student union. He then joined the Synaspismos party, a bloc of small leftist and green parties. 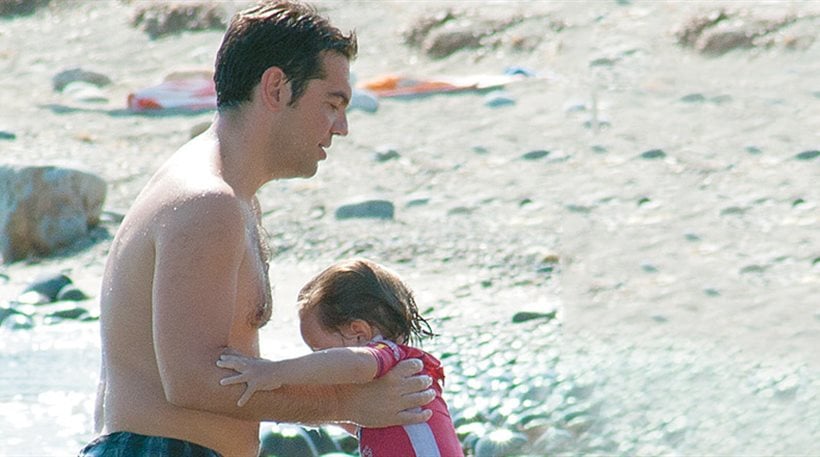 There he served consecutively as political secretary of the party youth and an elected member of its Central Committee. In the 2006 municipal elections, the party chairman, Alekos Alavanos, proposed the 32-year-old Tsipras as a candidate mayor of Athens, thus elevating him to national prominence.
In early 2008, Alavanos stepped down from the leadership of the party, which had been renamed SYRIZA, and was replaced by Tsipras, who now fully dedicated himself to his party and national politics. That was exactly when Greece entered its own political and subsequently economic turmoil.

During the youth unrest in December 2008, after the police shooting of a schoolboy in Athens led to three weeks of violent mass rioting across the country, SYRIZA actively championed street mobilizations. Although many young people began to identify with the party, its electoral support still remained low: in the 2009 parliamentary elections it gained a rather poor 4.6 percent of the national vote.
Things changed decisively once the fresh government of George Papandreou’s PASOK was forced in early 2010 to ask for the bailout of Greece in exchange for the implementation of harsh austerity measures. Then, a massive segment of PASOK’s electorate and many of its MPs migrated to SYRIZA, which stood uncompromisingly against austerity.
From the meagre 4.6 percent of 2009, SYRIZA became first party in the January 25th elections with 36.34 percent of the vote. After five years of harsh austerity measures, salary and pension cuts, huge unemployment figures, Greek people chose Tsipras to bring hope and a lifts of austerity.
In his private life, Tsipras claims he doesn’t believe in social conventions or Christian Orthodox customs. He is against the constitution of marriage and he didn’t baptize his two children in church, as Greek tradition requires. He refuses to wear a tie and in his few public appearances with his partner, he avoids photographers.
Yet, Alexis Tsipras’s words and campaign promises carry many contradictions. In an attempt to appeal to his left platform and conservative voters simultaneously, he has said things that in the future he will be held accountable for. For instance, he claims that Greece will remain in the euro zone but at the same time he says he will clash with Angela Merkel and the EU over the bailout program. He claims that he will cut taxes but at the same time he will tax the rich heavily.
The next few months will reveal if in fact the charismatic, yet contradicting, leader will be the one to carry Greece out of recession and bring sunshine back in the lives of Greek people, as he promised on his victory speech on Sunday night.