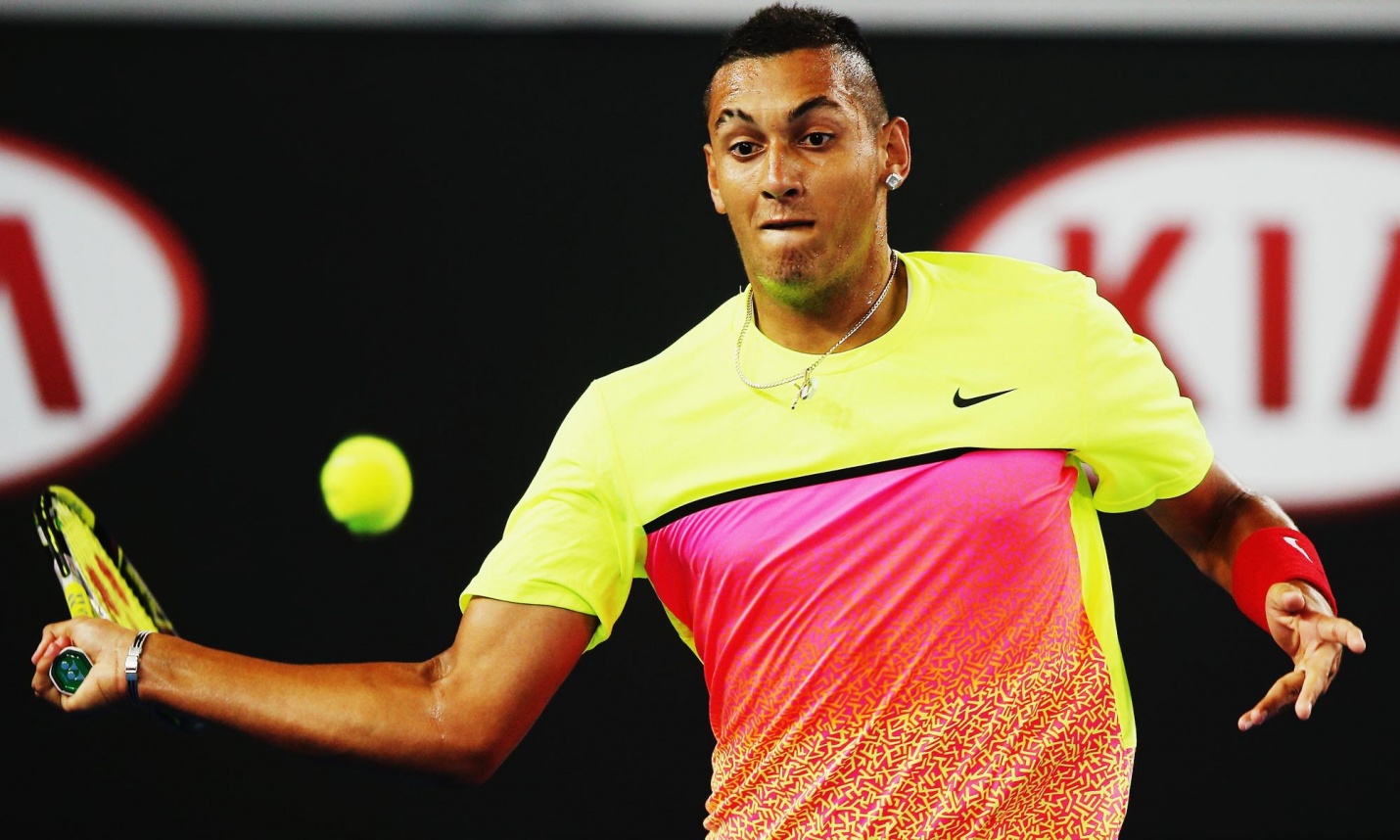 Greek Australian Nick Kyrgios is set to face Andreas Seppi today (6.15pm local time – 2.15am EST) after the latter’s shock four-set winner over Swiss superstar Roger Federer earlier on Friday. The game will take place at the Hisense Arena of a 10,500 attendance in Melbourne.

The talented teenager (turns 20 in April) is living his most successful Australian open journey so far, reaching the 4th round and hoping to break his previous record from the 2014 Wimbledon tournament, where he was knocked out in the quarter-finals.

Today’s contestants met in the 2014 US Open in which Nick Kyrgios produced a serving masterclass to sweep past the seasoned Italian 6-4 7-6 (7-2) 6-4.

In that game he hit 22 aces, an accomplishment he pulled out of his pocket again in his last match-up against Tunisian Malek Jaziri with 25 aces!

The Wimbledon quarter-finalist admitted he was looking forward to the potential blockbuster match against Roger Federer but now he’ll have to settle with either Andy Murray or Rafael Nadal if gets past tonight’s opponent.

“Seppi’s in form and he’ll be riding super high on confidence,” Nick Kyrgio’s coach Larkham said. “To me, this is the toughest match he’s had.

“It’s a huge test, but I feel that Nick’s getting better even though he came in underprepared. It’s been a great effort to get through the first three matches and now he’s well and truly seeing the ball well.

Kyrgios has been troubled by a back injury at times during the Australian Open and took three medical timeouts for a blood nose in his straight-sets win against Malek Jaziri. “Nick is gaining more confidence in his body every match, he now knows he can play long matches. So far each match he’s gained confidence because everything’s holding up.

“He’s ready to do it. He can definitely play a few more matches.”