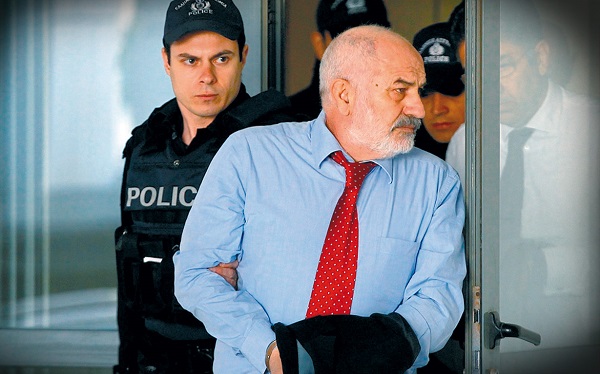 Former Greek secretary general for military procurement Yiannis Sbokos is being blackmailed by a fellow convict, revealed a Greek police case file. Sbokos has been in prison for the last two years, since his conviction for money laundering.
According to the case file, Sbokos is being blackmailed by a convict (Yiannis Sk.) who found out that the former Greek government official had 10 million euros in cash. Yiannis Sk. allegedly received this information from Akis Tsochatzopoulos, fellow convict and former Greek Defense Minister.
Yiannis Sk. allegedly threatened Sbokos, requesting part of the money. However, when the former official refused, his fellow convict attempted to bomb his house in Athens.
Sbokos and Tsochatzopoulos were imprisoned after it was revealed that they had received multiple bribes for arms deals during their time at the Ministry. Furthermore, it was revealed yesterday that Tsochatzopoulos had ordered a bombing attack against Sbokos.