SYRIZA Leader Tsipras: The ENFIA 2014 Installments Will be Paid in Full 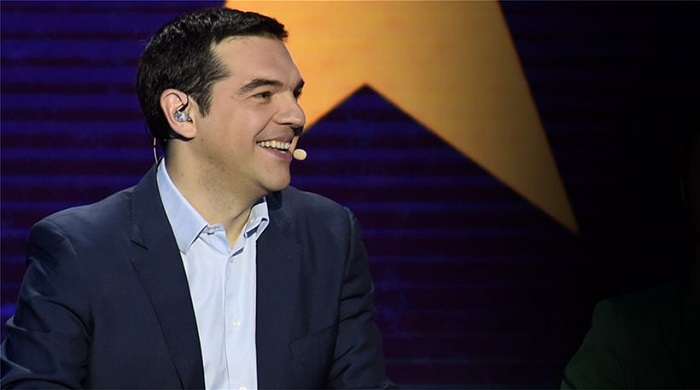 In an extensive interview with SKAI TV on the morning of Saturday, main opposition SYRIZA leader Alexis Tsipras said that even if his party emerges as the winner of the general elections to be held on January 25, the Greek citizens will still have to pay the two remaining installments of ENFIA property tax in the coming months, as these concern the year 2014.
However, no Greek citizen will be asked to pay ENFIA tax for the year 2015, the main opposition leader underlined, reiterating his party’s intention to abolish this extremely unjust tax and replace it with a Large Real Estate Property tax.
“There will be tax exemption for the primary residence and I am not referring to people who own houses with three swimming pools. We will find these people and they will be asked to pay taxes,” clarified Mr. Tsipras.
Among others things, the opposition leader said that the government has no other argument to win over voters beyond fear and that the Greek people are tired of being on their knees. “We must put an end to this tragedy and SYRIZA is the only safe choice,” he added.
With regard to rumors about SYRIZA’s intention to increase the tax on bank deposits, Mr. Tsipras said: “Greece is not Cyprus. The deposits are guaranteed, our banks have passed the stress tests. What is the purpose of this scaremongering? We will exit this crisis with our heads held high, the hard times are over.”
Moreover, the leader of the opposition stated that SYRIZA will raise the minimum wage to 751 euros per month.