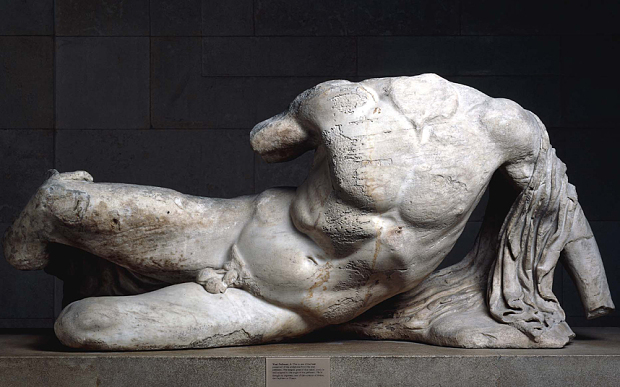 The British Museum’s decision in December to loan a piece of the infamous Parthenon Marbles to Russia’s major museum, Hermitage, in St. Petersburg, has fueled Greece’s anger regarding the British stance on the issue of their return, with Greek Prime Minister Antonis Samaras characterizing the decision as “an affront to the Greek people.” A few days later, the British Museum requested the loan of a key Greek antiquity for its forthcoming exhibition on classical sculpture, “Defining beauty: The body in Ancient Greece,” which will be hosted from March 26 until July 5, although the Greek side has significantly delayed to give an answer on the request.

As pressed in The Art Newspaper, a British Museum spokeswoman confirmed that a loan request has been made for an important work from the Museum of Cycladic Art in Athens. The relations between the two museums are, allegedly, friendly and as of now, some 24 items are on loan to the Museum of Cycladic Art. Although, even if it seems impossible that the loan will proceed, time is now very tight for the British Museum’s exhibition, for which some of the Parthenon Marbles will be moved, for the first time, from their regular exhibition place to the four-month temporary exhibition area. Among them are the pediment sculptures of river god Ilissos, Iris and Dionysos.

Earlier today, the British Museum announced details of the upcoming exhibition: “Experience the brilliance and diversity of ancient Greek art in this major exhibition focusing on the human body. For centuries, the ancient Greeks experimented with ways of representing the human body, both as an object of beauty and a bearer of meaning. The remarkable works of art in the exhibition, range from abstract simplicity of prehistoric figurines to breathtaking realism in the age of Alexander the Great. These works continued to inspire artists for hundreds of years, giving form to thought and shaping our own perceptions of ourselves.”