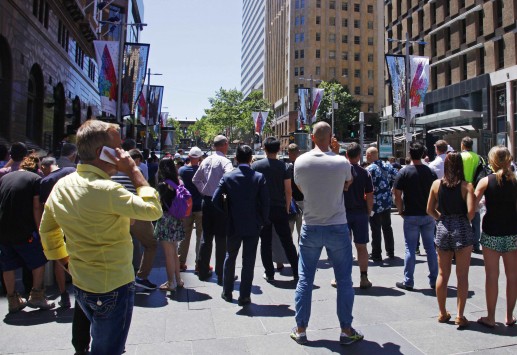 No Greeks are currently being held hostages at the chocolate shop in Sydney. However, two Greek-Australians happened to be working close to the area where the hostage situation is underway.

Early this morning around 9.45 a.m. local time, a man attacked the Lindt Chocolate Café in Martin Place, Sydney. Local authorities have determined that an armed gunman who has taken a number of hostages is a jihadist, based on images of the scene which show a flag, resembling the one used by ISIS.

Police have blocked the area and stated that the situation might take “a bit of time” to resolve.

Meanwhile, five hours into the attack, three hostages left the café and an hour later two more women dressed in Lindt Café aprons also emerged. At this moment police have not yet revealed if the hostages were set free or if they managed to escape.

Many central public buildings in the city have been evacuated, such as the Opera and the public library. Furthermore, authorities in every city across Australia are taking additional safety measures.

A few hours ago, Prime Minister Tony Abbott urged people to remain calm and noted that Australians who live far from the affected area should continue their daily routine.