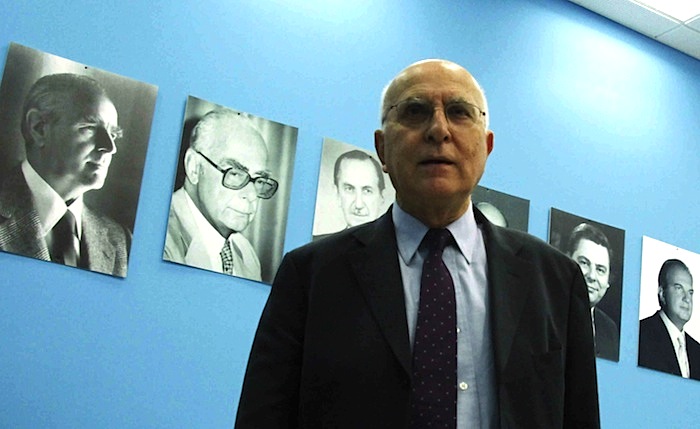 Greek Prime Minister Antonis Samaras officially announced that Stavros Dimas is the preferred nominee for the chair of President of the Hellenic Republic.
“The presidential election has become lately an instrument of blackmail for premature general elections,” Samaras began. “Our government has decided to remove uncertainty and restore political stability by expediting procedures for the presidential election,” he said.
“Therefore, by electing president from the Greek Parliament by the end of the month, the clouds of uncertainty will disappear and Greece will enter the post-memorandum era,” he continued.
“Stavros Dimas, ex-minister and MP, European Commissioner with acclaimed achievements in Environment Protection is well-respected in Greece and abroad and he will be nominee in all three ballots, if needed,” he said.
Dimas has served in a number of ministerial positions in New Democracy governments since the 1980s and is currently the Vice President of the New Democracy party.
While a long-time New Democracy member, he is less divisive than other potential presidential candidates from the party due to his image as a moderate center-right politician. He also enjoys broad support in Europe and was widely seen as a successful Commissioner for the Environment (2004-2009), promoting issues of sustainability, biodiversity, public health and combating climate change.