Over 90 Million Illegal Cigarettes on Ferry Confiscated in Megara 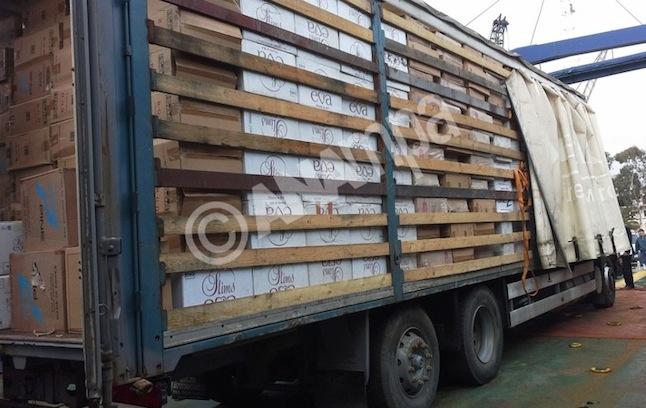 Over 90 million illegal cigarettes were confiscated by the Coast Guard on a ferry in the Pachi area of Megara, west of Athens, Greece, on Saturday morning, and seven crew members of Ukrainian nationality arrested.
Authorities said it is the second largest such haul ever and calculate the cost of lost revenues to the state to be close to 30 million euros.
The cigarettes were packed in cartons and loaded on trucks on the ferry “Atlas.” The ship, trucks and a truck on land were confiscated as well and the Athens misdemeanors prosecutor notified.
Port authorities said that the ferry had been used several times with different names, making it difficult to locate it until now.
Shipping and Aegean Minister Miltiadis Varvitisiotis congratulated the authorities.
(source: ana-mpa)