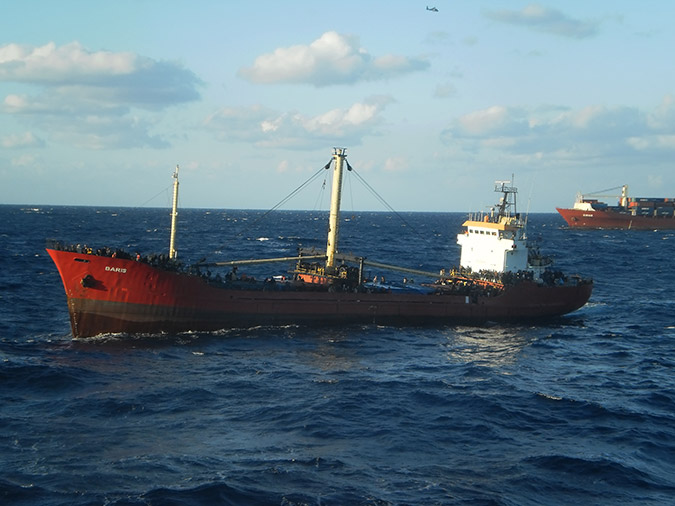 The 700 immigrants traveling on board the Kiribati-flagged cargo ship M/V “Baris” have finally been towed by Hellenic Navy frigate “Hydra” to safety at the port of Ierapetra, Crete, after three days floating adrift, while medical examinations found them Ebola-free, in relief of the Greek health authorities. According to first information, most of the immigrants originate from war torn Syria, Iraq and Afghanistan and contrary to yesterday’s information, almost 500 of them are women and children. Greek security authorities have already arrested 12 of them, as they were considered suspicious and are probably the human traffickers that organized the immigrants’ journey to Europe.

The rescue mission, which was characterized as extremely demanding due to the winds blowing at the area during the last 48 hours, began at 8 am today, after authorities managed to provide water and food to those on board the 77-meter long cargo ship. Two of the immigrants were found injured – probably stabbed after a fight on board – and a pregnant woman had to be transferred before the others by a Super Puma helicopter of the Hellenic Air Force, in order to give birth to one of the island’s hospitals. Due to the mission’s nature, Public Order secretary general Serafeim Tsokas traveled to Crete and was set in charge of the operation. 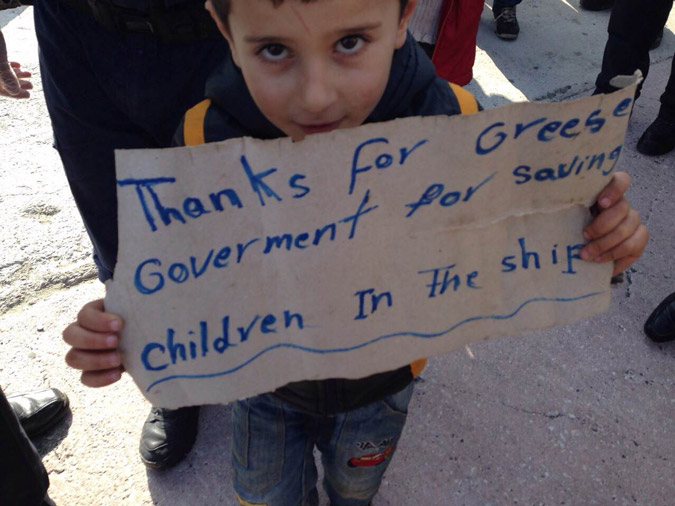 Local authorities along with volunteer groups, such as the Hellenic branch of the Red Cross, have already prepared two indoor stadiums to temporary accommodate the immigrants, while food, clothes and blankets have been collected in order to cover their basic necessities. “We are doing everything we can to help these poor people, but we can only host them for a few days,” said Ierapetra mayor Theodosios Kalantzakis, adding that it is the state’s responsibility to organize proper reception facilities.

The Greek department of Doctors Without Borders said that 80% of immigrants arriving to Greece by sea are Syrians fleeing from war. At the same time, according to Amnesty International data, over 2,500 people have drowned or are missing since the begging of the year, while only 1.7% of the estimated 150,000 manage to complete the hazardous sea journey.

M/V “Baris” is managed by a Turkish company, where most likely the port of its dangerous journey departure is located.

The Hellenic Air Force published a video showing the rescue operation of the pregnant woman.