GRNews
GreekReporter.comGreece700 Immigrants of M/V 'Baris' to be Tested for Ebola

700 Immigrants of M/V 'Baris' to be Tested for Ebola 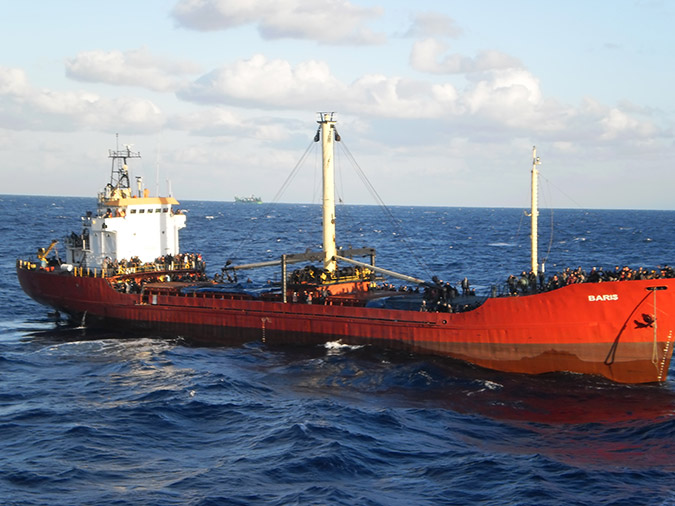 In a basketball court in Ierapetra, Crete, will eventually be transferred the 700 immigrants from various countries that were on board the cargo ship M/V “Baris” since last week, while on Monday it sent an SOS signal as it was sailing adrift southeast of the island after a mechanical problem. According to local authorities, amongst the 700 individuals are some 200 women and children.
Since many of the rescued immigrants are originating from African countries, where there is an Ebola virus outbreak, Cretan health services have been in a state of emergency since yesterday. Each one of the immigrants will undergo all necessary medical exams in order to rule out the existence of Ebola among the ship’s passengers.
The ship was finally towed to the port of Ierapetra by the Hellenic Navy’s frigate “Hydra.” As the Marine Ministry said, the operation of towing the ship was extremely difficult, partly due to the bad weather conditions in the region. Men of the Hellenic Navy were attempting to tie the frigate with MV “Baris” for many hours, while battling with waves that reached three meters as the winds blowing during the operation reached eight Beaufort. During the operation, a Super Puma helicopter of the Hellenic Air Force was flying around the area.
The secretary general of the Public Order Ministry, Serafeim Tsokas, has also arrived in Crete since yesterday, as he is in charge of the immigrants’ rescue and accommodation operation.
A shocking photo of the inside of M/V “Baris” was published by www.cretapost.gr. 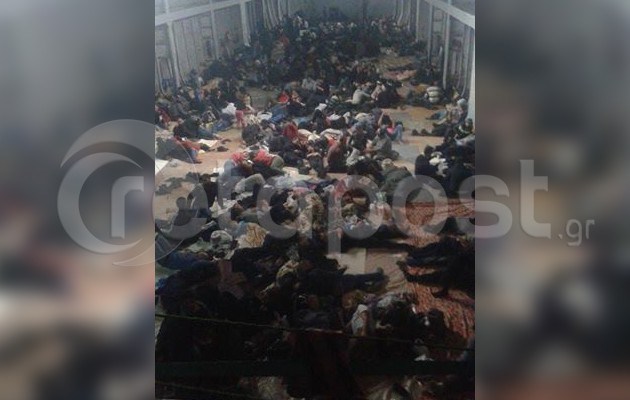