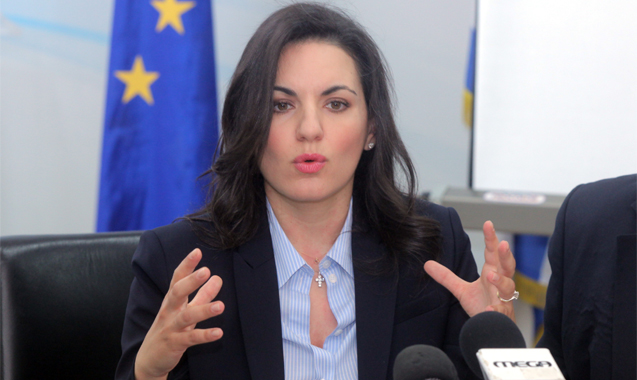 Tourism Minister Olga Kefalogianni, after the opening of the Greek pavilion at the international tourism exhibition “World Travel Market 2014,” expressed her belief that tourism arrivals in Greece will increase further in 2015 and that the country will successfully claim its position amongst the 15 top tourist destinations in the world. The exhibition premiered in London yesterday and will conclude on Thursday, November 6.

As Mrs. Kefalogianni underlined while addressing journalists and professionals from the tourism industry, “during the last two years, Greece has seen a great increase in tourism. For 2015, initial data shows the market will increase further and Greece will solidify its position among the 15 top tourist destinations in the world.” In addition, the Greek Minister stressed that tourism is not only about sun and sea, but it is a “varied product with themed sections which are developing and aim to cover all the interests of the modern and selective visitor.”

At the same time Mrs. Kefalogianni set the targets for the upcoming season, and among them are: modernization of the infrastructure, the increase in the amount of money spent by each tourist, the promotion of sustainable growth, the promotion of new “unexplored” destinations around the country, the improvement of the working conditions, the further support of business activity and the diffusion of the tourism surplus to local communities as well as other sectors of the Greek economy.

“We are trying to promote destinations which are less known abroad, like unknown islands, mainland Greece, mountainous areas and mainly to show the country is not just a destination for sun and sea, but a destination throughout the year,” Mrs Kefalogianni stated, concluding that everyone is welcome to Greece, regardless of age, sex, education and wealth level.

This year’s communication campaign is focused on the idea that all the Greek Gods and heroes offer the guests a tour around the country, explaining its fascinating history. For more information visit www.visitgreece.gr.