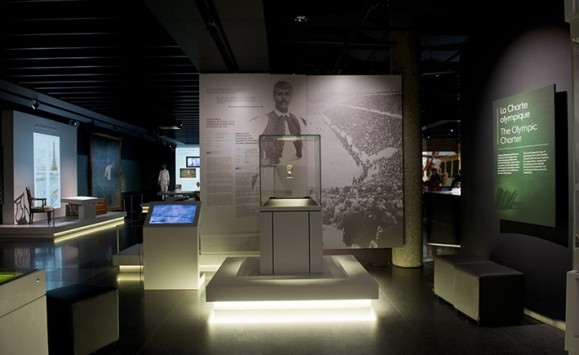 The silver cup awarded to Spyros Louis, the first Marathon Winner at the inaugural Modern Olympic Games in Athens in 1896, is exhibited at the Olympic Museum in Lausanne.

The formal presentation of the silver cup took place on Sunday, October 26, the day of the International Marathon in Lausanne. During the ceremony, Greek Ambassador to Switzerland Charalambos-Gerassimos Manessis said that the spirit of Spyros Louis is present in every Marathon and symbolizes spiritual and physical freedom.

The trophy will be on exhibit for six months in the Swiss city. It will be accompanied by audiovisual material.

The silver cup Spyros Louis won in 1896, now belongs to the Stavros Niarchos Foundation and is on loan to the Olympic Museum in Lausanne for six months.

The historic cup, a symbol of the Olympic ideal and inextricably associated with the First Olympic Games, was designed by Michel Breal. In 2012 it was acquired by the Stavros Niarchos Foundation at an international auction, for the sole purpose of being accessible to the Greek people. It is exhibited at the Acropolis Museum.