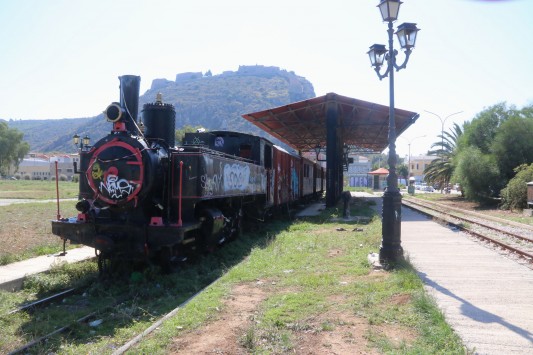 Within the next six months, the Greek railway line connecting Nafplio, Argos and Corinth is expected to reopen. The head of Hellenic Railways Organization (OSE) Panayiotis Theofanopoulos assured the Mayor of Nafplio that the existing rail network and terminal will be restored and renovated, during his visit to the city along with Greek Environment Minister Yiannis Maniatis.
During the meeting held at the Nafplio City Hall, Maniatis stressed that the Greek government had every intention of reopening Nafplio’s railway line as an extension of the suburban railway that connects Corinth with Athens.
Nafplio’s Mayor appeared satisfied with the government’s plans and noted: “Local authorities have constantly requested the operation of the railway station in order to meet the demands and needs of our citizens. Any difficulties and obstacles have been surpassed and as a result we are able to announce that the station will be reopened and the train will once again pass from Nafplio.”

Dr. Albert Bourla, the Thessaloniki-born head of Pfizer, will be awarded the title of "Father of the Year" by the National Father's Day Committee.
Celebrities

George Clooney called for the return of the Parthenon Marbles to Greece saying that “the Sculptures must be returned to their original owner.”