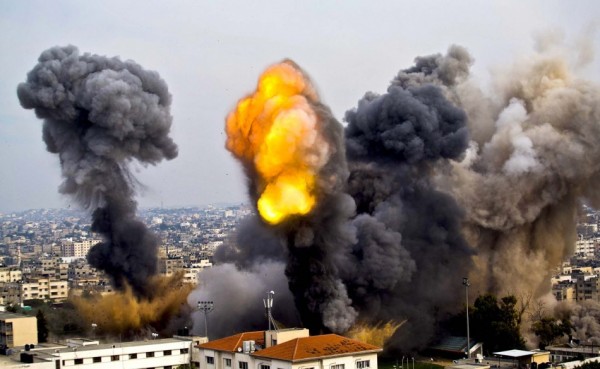 Deputy Prime Minister and Foreign Minister Evangelos Venizelos announced on Monday that Greece will offer one million euros for the reconstruction of Gaza.
Speaking at the International Gaza Reconstruction Conference in Cairo on Sunday, the Greek minister noted that the country would add its share to the 25.66 million euros offered to Gaza “for technical co-operation, financial support, education, health infrastructure, the social sector, as well as for humanitarian aid” between 2008 and 2012.
“Following the recent devastating conflict – the third in the last five years – Gaza finds itself in desperate and urgent need, not only of reconstruction, but – more broadly – of recovery and relief for its suffering population, and of restoration of normal daily living conditions, including through access to, and from, the outside world,” said Venizelos.
Venizelos added that the Greek state encourages Israel and Palestinian authorities to continue negotiations under the auspices of Egypt to achieve a viable future for Gaza.
He also pointed out that Greece has always been firm supporter of a Palestinian people who have the right to statehood, dignity and national unity.
“No doubt, no ceasefire will be sustainable without a broader political perspective. Gaza cannot be seen in isolation from the wider Palestinian context, as it forms an integral part of the Palestinian territories, and its future is inextricably linked with the future of the West Bank,” he added.
“Therefore, it is indispensable that the political perspective be sustained for the establishment of an independent, viable and territorially contiguous State of Palestine, under a central government that maintains effective control across all Palestinian territories.”