1951: Dior Photoshoot at the Acropolis 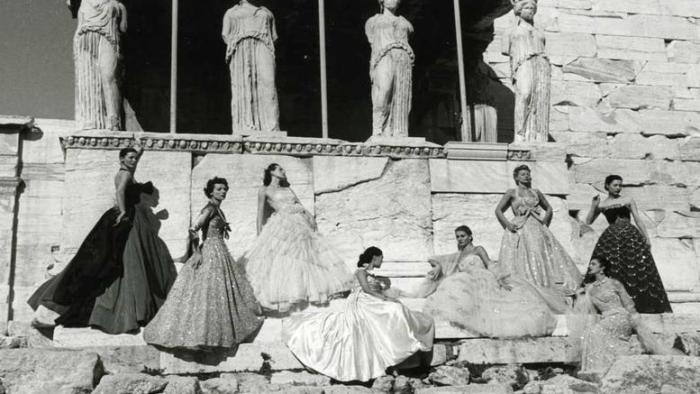 Sixty-three years ago, in 1951, the famous French haute couture designer Christian Dior chose the Acropolis of Greece to photo-shoot his latest fashion collection.
Dior’s models posed in front of the Caryatids, mirroring their grace and taking a cue from their impressive outerwear.
The photographer responsible for the photo-shoot – one of Dior’s most iconic – was Jean-Pierre Pedrazzini of the renowned French magazine PARIS MATCH. Pedrazzini, a famous French-Swiss photographer, was born in 1928 in Paris and died in 1956 at the clinic of Neuilly-sur-Seine from injuries he suffered in Budapest, Hungary, during an uprising against the Soviets. His photos from the Hungary Uprising would earn him world fame.
At the time of the Acropolis photo-shoot, Dior was 46 years old. He had just established his own fashion line in Paris, reviving haute couture in the “City of Light,” which had suffered significant losses after World War II.
The famous designer died in 1957 from a heart attack.