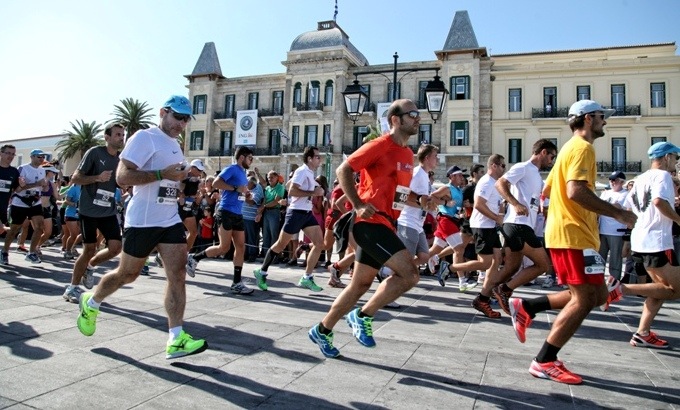 The tourism season in Greece has been extended and revenues have increased due to the organization of major sporting events in popular Greek destinations.
The most important events in the coming weeks are the Navarino Challenge marathon, September 19-21, and the Spetses mini marathon, October 10-12.
Greek-American runner Dean Karnazes will participate in the Navarino marathon once again, aiming to raise awareness on child obesity and highlight the benefits of the Mediterranean diet and sports. The event includes a 15-kilometer run at Kalamata, a half-marathon of 21.1 km and the 1-km and 5-km races at Costa Navarino in the southwestern Peloponnese.
The island of Spetses will be hosting a mini marathon for the fourth consecutive year. At a press conference on Tuesday in Athens, head of the organizing committee Marina Lyda Koutarelli said that according to estimates, athletes and visitors will exceed 10,000 this year, with about 2,000 foreigners from 17 countries. Hotels on the island are already reporting a 100% occupancy rate. The event will include three running races of 5 km, 10 km and 25 km around the island, off the eastern Peloponnesian coast. It will also include two children’s races of 1 km and 500 meters, as well as two swimming races, of 3 and 5 km.