Athens During the '60s [PHOTOS] 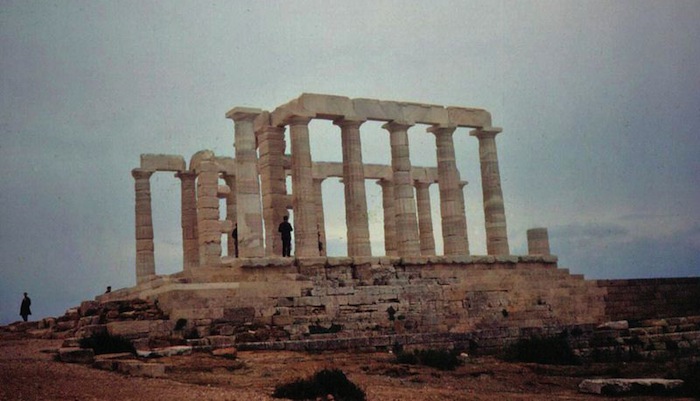 In 1963, young Matt Barrett traveled with his family to Greece, because his father Nikos Economopoulos had to work as a professor at the University of Athens. They only stayed for one year but then returned in 1968. During his stay in Athens, Barrett’s father took pictures, capturing everyday life moments of the Greek capital, Peloponnese and the islands. When Barrett traveled to Athens again in 2005, he decided to arrange his father’s photos and honor him by presenting them. He now maintains a website which promotes Greece, called Greece Travel.
The following photos are from the first year the family spent in Greece, and mainly in Athens. Their apartment was located in the area of Goudi. There are also some pictures from when the family returned to Greece in 1968. Life in the Greek capital has changed radically over the last 40 years. The photos show all of the city’s ancient and modern landmarks from Monastiraki, to Syntagma Square and the American Embassy.

Holy Light Arrives From Jerusalem to Athens to Mark Easter