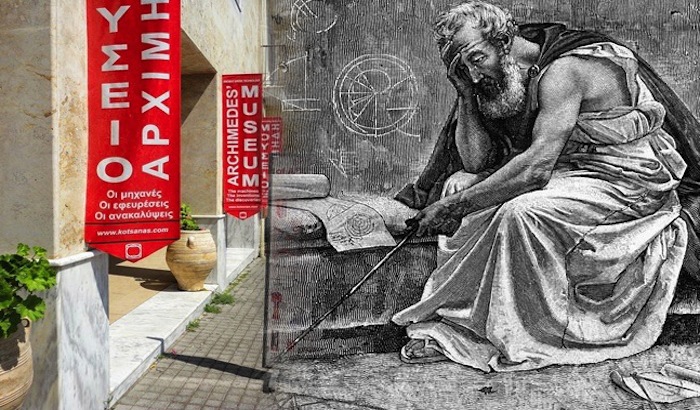 A museum dedicated to the great ancient Greek scientist Archimedes of Syracuse was inaugurated on Sunday in Ancient Olympia, Greece. Visitors will have the opportunity to see replicas of his inventions and to interact with them.
The museum was an initiative of engineer Kostas Kotsanas who has also established the Museum of Ancient Greek Technology in Katakolo, southern Greece.
Kotsanas has managed to create replicas of Archimedes’ inventions, which are exhibited at the museum, granted specifically for this purpose by the Municipality of Ancient Olympia.
The museum includes 24 replicas of Archimedes’ inventions such as Archimedes’ screw, Archimedes’ mechanical planetarium, the diopter, the odometer, the hydrostatic paradox, the burning mirrors and war machines.
According to Kotsanas, the museum aims to highlight even the most unknown aspects of Archimedes’ scientific work, which shows that the technology of the ancient Greeks was not that far from the beginnings of modern technology.
City mayor Thymios Kotzias said that the museum will largely contribute to bring more tourists to Ancient Olympia.
Archimedes is considered the greatest mathematician of antiquity and one of the greatest of all time. Applying concepts of infinitesimals and the method of exhaustion he managed to prove a range of geometrical theorems.