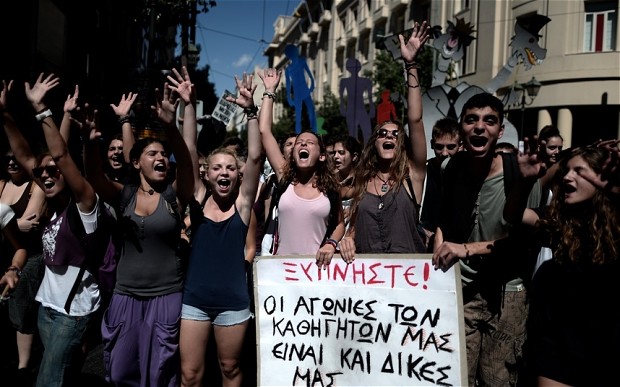 The social-economic conditions in Greece have not been favorable for a long time; the recession is still leaving its marks on Greek society, unemployment affects mainly the youth, the public sector is shrinking and the private sector cannot soak up the jobless. However, innovating start-up companies are emerging through the “ruins”.
The British newspaper “The Telegraph” praises Greek start-ups, mentioning that last year 144 new companies were established compared to 16 in 2010.
The data may not be impressive, given that in 2013 500 start-ups were created in Great Britain; however economists agree that Greece is on the point of a start-up boom.
According to figures published by Ernst & Youth, the Greek incomes from deals in April have increased by 80 billion dollars marketed in Greek companies.
The former chairman of the Hellenic Federation of Enterprises, Greece’s version of the CBI ,Ulysses Kyriacopoulos stated “For the last 20 years, the public sector was the biggest employer in Greece. Now everyone understands that this is over. This has pushed many people to think creatively about alternatives. Opening another boutique or hairdresser is not the solution as there are already too many of those, so we are seeing lots of new ideas coming through.”
Nikos Anagnostou, the man behind GreekStartups.com, the Greek equivalent of CrunchBase or AngelList, noted: “E-commerce, travel, cloud technologies, mobile, social, software as a service and internet of things are all popular,” he says. “And the birth rate of technology start-ups is now massively exceeding the death rate of old companies.”
The Telegraph highlights that more and more foreign investors are funding Greek start-ups and the Greek government is trying to facilitate the procedures. However, there are still some legal issues that hold back start-ups and this is one of the reasons for which newly built companies focus on the international, instead of the Greek market.”
Chris Psaltis founded Mist.io in 2010 and took advantage of all the misfortunes of the financial crisis to come up with new ideas and highly specialized staff, who were unemployed until he hired them. “We have a lot of talented people here with nothing to do,” he says. “In Silicon Valley, competition is high, here the talent has been abandoned.”
Nikos Moraitakis, co-founder of the successful HR platform Workable says: “There are lots of weird restrictions in Greece about the times that people are allowed to work.” His co-founder Markos Veremis stated that ““When we started, the economy was very insular, inward-looking,” said Veremis, this year’s winner of EY’s Greek Entrepreneur of Year award. “In the technology sector, most companies were serving the state. But from the beginning, we were very outward looking.” “If your product or service targets the Greek market, you’re dead,” adds Psaltis.