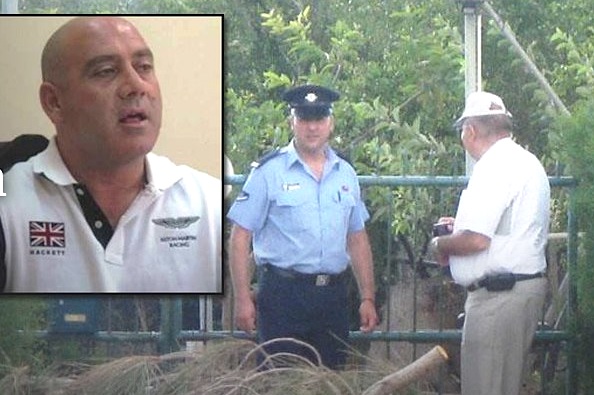 On Friday night, June 20, the father of the Famagusta businessman Phanos Kalopsidiotis was murdered.
After the failed murder attempt against Fanis Kalopsidiotis two years ago, the new target was his father.
The 73-year-old Yannis Kalopsidiotis was at his residence when he heard his dogs barking, walked out of his house to see what was going on, and was shot to death.
The crime scene is cordoned off and the Cypriot police is now conducting investigations on organized crime in Ayia Napa, in Cyprus.
In June 2012, three Cypriots and two Rumanians were shot dead in a suspected gangland execution while they were driving in the center of Ayia Napa. According to police, the target was the businessman, who was not with his bodyguards during the ambush.
At 3:30 am June 23, 2012 their car was in motion when it was fired upon with the five men inside it. After the shooting, the car collided with a parked car and came to a stop.  One of the Cypriots managed to get out of the vehicle and run a few meters away before he fell and was shot in the head in cold blood. The other four victims were shot in the head and chest.