The Haunted Houses of Athens 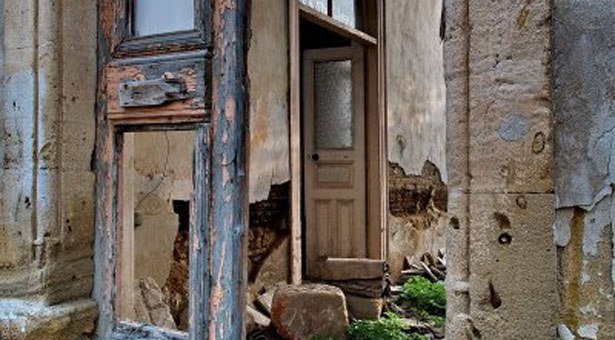 Stories of haunted places and ghosts have always attracted attention, arousing the curious nature of humans. Supernatural phenomena, such as spirits that cry out or scream, or moving objects and shadows have been reported around the world, even in Athens, Greece. Below is a look at some houses in Athens that are rumored to be haunted….
The Tower of Dreams
The Tower of Dreams, one of the supposedly haunted houses in Athens, has been abandoned for many years. The only visitor is the spirit of its owner, an ambitious and greedy man who died alone. It is said that he is heard shouting that he is the only owner of the house.
The house of the three disinherited sisters
Three unmarried sisters were living in this house that after their sudden death it is said to be haunted. Their spirits wander about in the house and are said to look out the window and frighten neighbors.
The Villa Kazouli
Dating back to the 2nd World War, the Villa Kazouli was used by Germans who tortured Greek soldiers to death. Twelve bodies were found buried in the garden. It is supposed that the spirits of those who died there are now screaming out for help.
At Harocopou
Another well-known haunted house located at Harocopou Street was once a crime scene. Dimitris Athanasopoulos was murdered and cut up by his wife and mother-in-law. They kept the body in the house for two days and then threw it in a river.
The spirit of the emancipated artist
After the death of her beloved one, it is said that the unbelievably grief-stricken artist tried to commit suicide but failed. She was devoted only to her paintings until she died. Rumors say that her spirit is still grieving for her lost love.
The ghost in Thiseio
A hard-working beautiful woman was living in a house in Thiseio with her mother. She was saving money for her wedding, but her mother stole not only her daughter’s savings but also her future husband. Without money, abandoned and betrayed, she killed herself.
Although these spooky supernatural stories could thrill the imagination, neighbors support that the only spirits living in the abandoned houses are homeless people who seek a place to stay.