Half of the Greeks Speak English 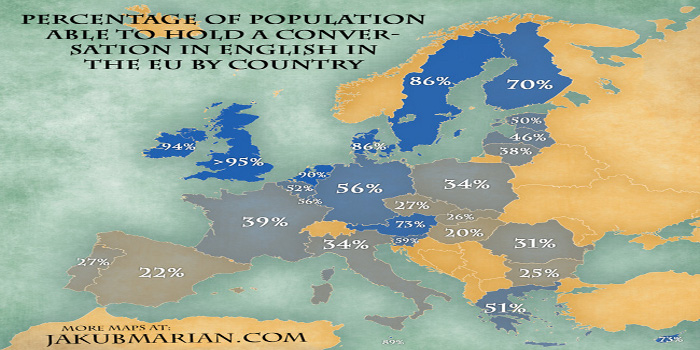 English is the first foreign language Greek students learn from an early age. Official data released by the Eurobarometer Special Surveys shows that, when it comes to people being able to speak English, Greece reaches 51 percent.  Greece stands in the middle of the list of countries included in this survey.  Greece also stands quite higher than Italy, which reaches 34 percent.  In Spain only 22 percent of the population speaks English, while in Portugal 27 percent.
From this survey, we can conclude that almost every European can say at least a word or two in English, but this doesn’t mean he can speak well enough in order to be able to communicate in an adequate level, or to hold a decent conversation.
For political and historical reasons however, Cypriots, speak better English than Greeks, with their rating reaching 73 percent. Surprisingly enough, the same survey reveals that  5 percent of Great Britain’s population and 6 percent of Ireland’s population doesn’t speak English at all.