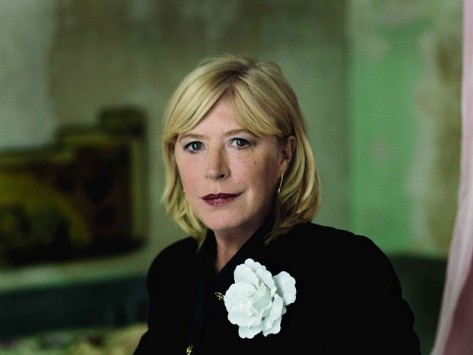 British singer, songwriter and actress, Marianne Faithfull, has suffered a broken hip after falling during her holiday in Greece. The accident happened last Friday on the Greek island of Rhodes where Faithfull was vacationing.
“Mrs Faithfull fractured her hip as a result of a fall. She underwent a successful surgery. Tomorrow, we will try to help her get up and we assess she needs to stay in hospital for about a week,” Alexandros Pittas, the orthopedic surgeon that operated on the singer told AFP.
The English singer, songwriter, and actress has a long career that spanned five decades. Her early work in pop and rock music in the 1960s was overshadowed by her struggle with drug abuse in the 1970s. After a long commercial absence, she returned late in 1979 with the highly acclaimed album, Broken English. Faithfull’s subsequent solo work, often critically acclaimed, has at times been overshadowed by her personal history.
From 1966 to 1970, she had a highly publicised romantic relationship with Rolling Stones’ lead singer Mick Jagger. She co-wrote “Sister Morphine”, which is featured on the Rolling Stones’ Sticky Fingers album. The pop and rock singer became a star in the sixties and seventies with the song ‘As Tears Go By’, the first ever written by Jagger and Keith Richards.
Recently the singer has suffered breast cancer, has Hepatitis C and in August 2013 was forced to cancel several shows after breaking a bone in her back.