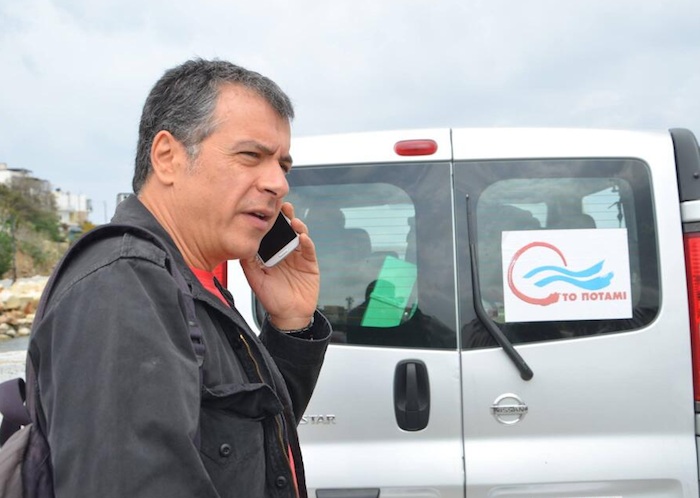 The two Potami party MEPs elected to the European Parliament will join the EU Parliament’s Progressive Alliance of Socialists & Democrats group as collaborating independents, the party announced on Tuesday.
The decision was reached in a meeting of the 42 candidates fielded by Potami during last Sunday’s elections and the party’s founder Stavros Theodorakis.
It was decided that participation in the second-largest group in the EU Parliament would enhance Potami’s opportunities for action in Europe, while the S&D group has pledged to place political priority on tackling recession and unemployment in Greece and the European south.
It also noted an agreement on the view that Europe needs a real counterweight to conservative forces at this time and that the S&D is in a position to play this role, while continuing to decisively oppose nationalist and extreme-right views in Europe.
Potami made it clear, however, that they will be not also be joining the Party of European Socialists, adding that more detailed announcements will be made after the election result and the names of the MEPs elected is officially announced.
Potami also noted that Theodorakis held talks on the phone with the leader of the EU Parliament Liberals group Guy Verhofstadt and with former European Greens president Daniel Cohn Bendit, who had called to congratulate him on his party’s election results. Theodorakis assured them that dialogue with them will continue since they are “allies in the effort for a fair Europe.”
(source: ana-mpa)