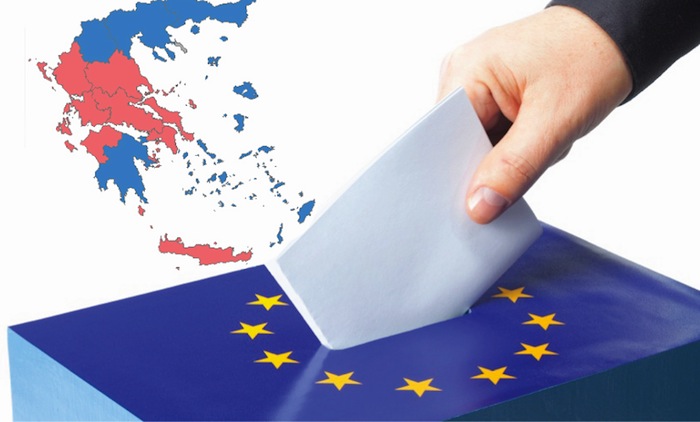 With all votes finally counted, Greece’s Interior Ministry published Monday evening the final results of the European Parliament vote and the MEPs elected to represent the country in Strasbourg. The turnout across Greece reached 59.96 percent, with 5,931,835 out of 9,892,622 registered Greek and EU citizens casting their vote.
SYRIZA officially topped the European Parliament vote, with New Democracy losing by a 3.87 percent margin, while neo-Nazi Golden Dawn party ranked third and will also send MEPs to Strasbourg.
Compared to the last EP vote in 2009, SYRIZA climbed from the fifth place to the top of the list, electing six MEPs, opposed to only one in 2009. New Democracy lost three seats, while PASOK endured the hardest lost with six seats. Radical rightists LAOS and Ecologists Greens also lost the one seat each party had. Golden Dawn, To Potami, and ANEL are being represented for the first time in the EuroParl. Greece currently holds 21 seats in the European Parliament, opposed to 22 in the 2009 vote, due to the EU enlargement.
The final list of all elected parties, the percentage gained, and the seat allocation