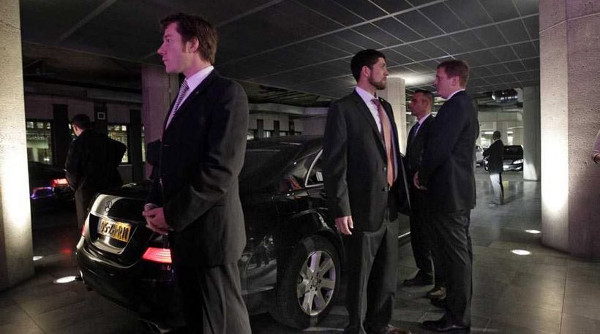 In anticipation of  the U.S. Vice President’s visit, 400 American security agents are already in Nicosia. This is the first trip of a sitting American vice president to Cyprus since 1962.
All regions to be visited by Mr Biden are under thorough checks to secure his presence both in free and occupied areas. Besides American guards, the Cypriot Police have also taken strict safety measures, including police officers trained in the U.S.
Joe Biden and his wife Jill are expected to arrive in Cyprus on Thursday, May 21, at 6.30 p.m for a two days visit. The Cypriot Minister of Foreign Affairs, Ioannis Kasoulidis, will meet them at Larnaka International Airport. Joe Biden will give a short speech to emphasize the strong bilateral cooperation between the U.S. and Cyprus.
Opposition parties expressed their concerns about the vice president’s visit in occupied areas, which could lead to an elevation of the illegal Turkish regime.
The Cypriot government aims to forge a peace deal and raise the issue of hydrocarbons off the coast of Cyprus. Big energy companies, such as Halliburton, have already expanded their business in Cyprus, and the government hopes more hydrocarbon deposits will be found after research is conducted on Eni and Total’s exploration blocks.
Another issue expected to be discussed during Biden’s visit is the crisis in Ukraine and concerns in Cyprus that sanctions against Russia could have a negative impact on the island’s economy.
Joe Biden has arranged separate meetings with the President of Cyprus, Nikos Anastasiades, and with religious leaders including Archbishop Chrisostomos II, as well as the leader of the Turkish-Cypriot community Dervis Eroglu.