Greek Island of Elafonisos On Sale 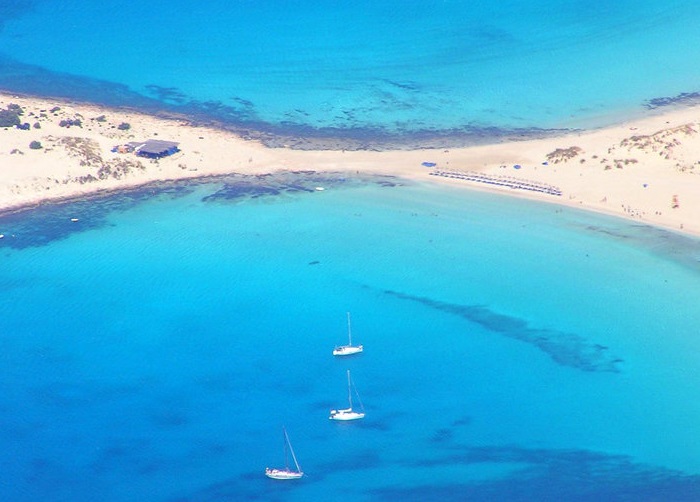 One of Greece’s most beautiful isands, Elafonisos, located in the southern edge of Peloponnese, Greece will be up for sale according to a privatization plan by the Hellenic Republic Asset Development Fund (TAIPED). The organization’s inclusion of 175 acres of the breathtaking beaches of Sarakiniko and Simos in a future sale plan, has caused widespread reactions.
Locals as well as international environmental organizations are protesting against the sale of the beautiful island. The area is under the protection of the European program “Natura 2000” due to the endemic plant species that exist on the island’s beaches and the wider area of Elafonisos. The residents believe that the island’s exploitation will destroy the natural environment.
According to Elafonisos Association of Scientists, the beach of Simos is one of the most beautiful beaches in the Mediterranean, while it has been included in the list of the top ten beaches of the world.
The Mayor of Elafonisos, Panagiotis Psaromatis with a letter to the president of TAIPED and the Greek Finance Minister, expressed his opposition to the government’s plans.
“We will by all means continue to protect our unique and sensitive natural environment,” he said.
In 2013, “Guardian” placed Elafonisos first on a list of top ten areas with the most beautiful beaches in Greece. The German magazine “Geo-Saison” has described the island as “heaven on earth.”