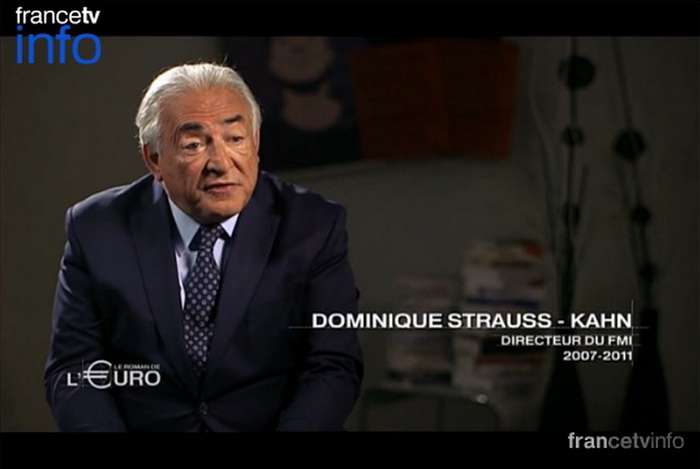 New facts have emerged about the European sovereign debt crisis and Greece’s recourse to the European stability mechanism in 2010, as former head of the International Monetary Fund (IMF) Dominique Strauss-Kahn revealed Friday on French TV channel France 2 that former Greek Prime Minister George Papandreou had first requested IMF credits in 2009.
Strauss-Kahn, who was forced to resign over a sex scandal in 2011, acknowledged that many mistakes were made concerning Greece, and that many crucial decisions were delayed up to 12 months, only making matters worse.
IMF’s ex-chief also disclosed a conversation he had with the Greek PM in 2009, in which Papandreou asked the IMF to draw up a plan for Greece. Strauss-Kahn is said to have replied that any scenarios should firstly be discussed with Greece’s EU partners prior to getting any IMF help.
The story also features comments by Sarkozy’s Budget Minister François Baroin, who was also present at the 2011 Cannes G20 summit, hence confirming the facts recently disclosed in a Financial Times piece, according to which Papandreou was basically blackmailed by French President Nicolas Sarkozy and German Chancellor Angela Merkel.
“You are free, of course, to hold a referendum, but you can’t put on a vote whether or not the money we lend you is acceptable. The question you will ask the Greek people, and this is non-negotiable if you want to get the funds, is whether or not they want to stay in the eurozone,” the two leaders are reported to have told Papandreou at the time, following his decision to hold a national referendum.
The French story also reveals that Merkel, at first, wished for only the IMF to contribute to saving Greece, opposing a joint package proposed by the French side, because she was aware that Germany would have to pay the price for saving Greece’s economy. Only U.S. President Barack Obama finally managed to change the Chancellor’s attitude, as said in the story.