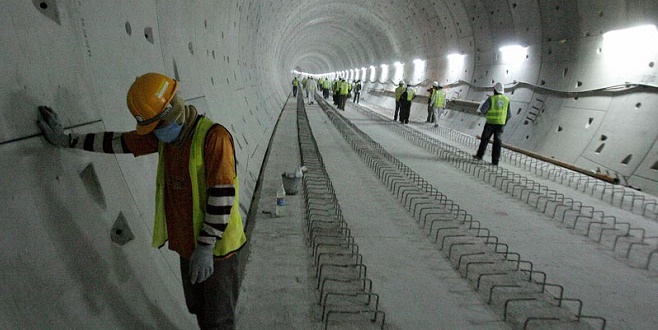 The Greek subsidiary company of AKTOR, ELLAKTOR has signed a contract for the design and construction of the “Gold Line Underground” Metro line in Doha, Qatar, as leader of the consortium ALYSJ JV, with a 32% stake. The project is part of the Qatar Railway Network and the Gold Line is by far the largest independent construction project of the metro in Doha.

The contract value amounts to 3.2 billion euros, including the amount of 770 million euro, at the discretion of the client.

The Gold Line crosses Doha, the capital of Qatar, from East to West. The main technical features of the project include: a 32km line, an underground tunnel with a diameter of 6m which will be built with tunnel boring machines (TBM), 128,000 precast concrete parts for the interior lining of the tunnel, the simultaneous use of TBMs, 13 underground stations of high architectural design equipped with the latest electromechanical systems, 2.5 million square meters of excavation of channels and the incorporation of nearly 1 million square meters of concrete and circulatory detours, as well as network utilities displacements.

The project is expected to last 54 months and is set to be completed in August 2018.