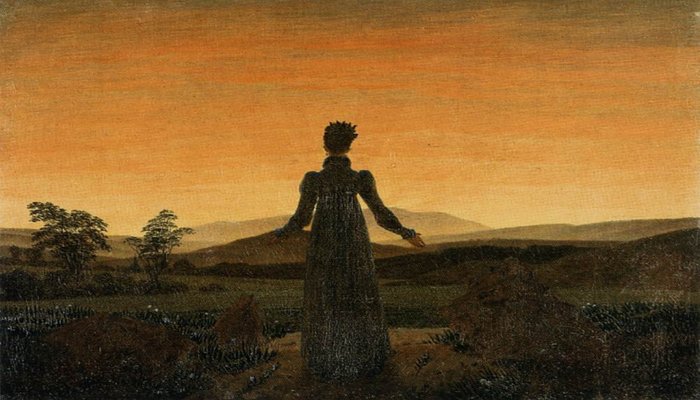 A team of Greek and German scientists found a way to estimate pollution levels in the Earth’s past atmosphere based on the sunset colors of old paintings.
According to the scientists, old paintings showed that ash and gas released during major past volcanic eruptions had scattered sunlight, making sunsets appear redder. In other words, the deeper the red hues in the painting, the more polluted the sky at the given time.
The study was led by Christos Zerefos, Professor of Atmospheric Physics at the Academy of Athens in Greece, and was published in Atmospheric Chemistry and Physics journal of the European Geosciences Union.
Zerefos and his team analyzed hundreds of high-quality digital photos of sunset paintings created between 1500 and 2000, including paintings by Rubens, Rembrandt and Klimt. During that period more than 50 volcanic eruptions happened worldwide. The scientists were looking to find out if the relative amounts of red and green along the horizon of each painting could provide information on the amount of aerosols in the atmosphere.
“Nature speaks to the hearts and souls of great artists. But we have found that when coloring sunsets, it is the way their brains perceive greens and reds that contains important environmental information. We found that red-to-green ratios measured in the sunsets of paintings by great artists correlate well with the amount of volcanic aerosols in the atmosphere, regardless of the painters and of the school of painting,” Zerefos said.
An example used on the study was the eruption of the Tambora volcano in Indonesia in 1815, the largest eruption ever recorded. The volcanic ash and gas particles spread into the atmosphere, changed the color of the sky and created deep red and orange sunsets that lasted even three years after the eruption. As revealed by the study, sunset paintings of that period had been affected by that change, as there was an increased use of bright red and orange hues, compared to previous or later paintings.
The study’s findings could help scientists determine and understand how aerosols have affected the atmosphere and the climate of the planet over the past centuries and help them predict future climate changes more accurately.