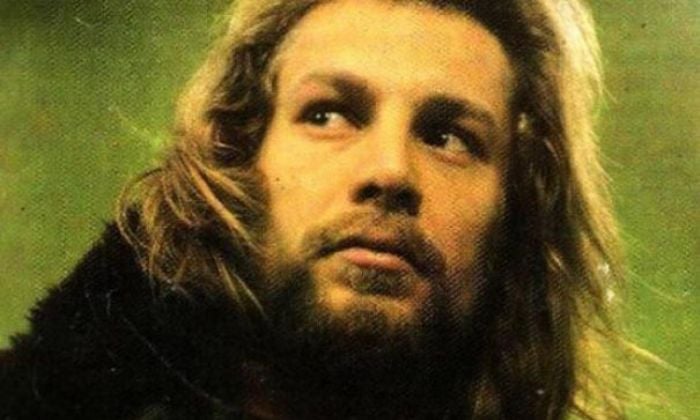 Alexis Golfis, born in 1948, began acting aged 25 and rose to fame for his portrayal of Jesus Christ in the series “The Greek Passion”, based on the novel by Greek author Nikos Kazantzakis.
The series was an unexpected success, but Golfis fell into a cycle of substance abuse, and began wandering the streets, a ragman, chased by a shadow he could not explain. People did not recognize him anymore.
He later found refuge in a house on Koliatsou Square in Athens, and started getting his career back on track, popping up on TV reality shows. In 2006 he said: “I live decently but I face many difficulties. With 1,000 euros a year that the Greek Ministry of Culture and Sports has given me, I have taken over an old house and I eat at the soup kitchen of St. Loukas church. I do not believe in the curse that follows the actors who have had the acting role of Christ. I never valued money. I had it when I opened two bars in Kolonaki, Greece, but then I lost everything. Maybe God, to whom I came close during the TV show, will help me get back on my feet.”
He died year later, at the age of 59, in August 2007. However, since no one was looking for him, he stayed in the morgue until the following October, when the Greek Broadcasting Corporation (ERT) decided to pay for his funeral at Zografou cemetery.