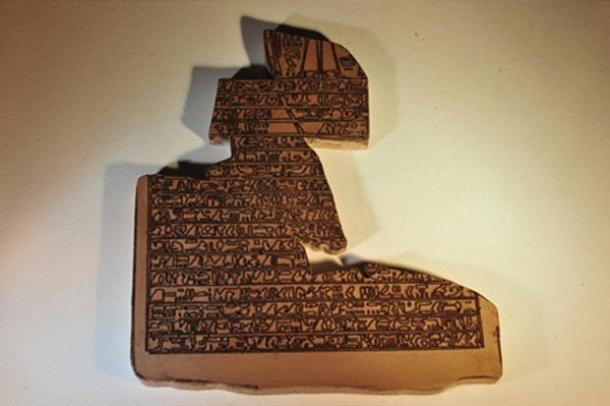 A stone inscription aged 3,500 years old, which was discovered in Egypt, is considered as one of the oldest weather reports in the world and could provide new information on the history of the ancient Middle East. The significant finding is linked with the Greek island of Santorini.
It is a 40-line inscription engraved on a calcite block, called the Tempest Stela which describes the rain, the darkness and the “sky being in storm without cessation, louder than the cries of the masses.”
Researchers from the University of Chicago’s Oriental Institute believe the unusual weather phenomena described on the Tempest Stela was the result of the massive volcano explosion at Thera – current island of Santorini in the Aegean Sea, Greece. As volcanic eruptions can widely affect the weather, it is estimated that the Thera explosion caused significant disruptions in Egypt.
The Tempest Stela dates back to the reign of the pharaoh Ahmose, the first pharaoh of the 18th Dynasty. Researchers discovered that Ahmose ruled at a time closer to the Thera eruption than previously estimated, a finding that could redefine the timeline of the Egyptian empires. If the inscription describes the impact of the Thera eruption, then the correct dating of Ahmose’s reign, which is thought to be about 1550 BC, could be 30 to 50 years earlier.