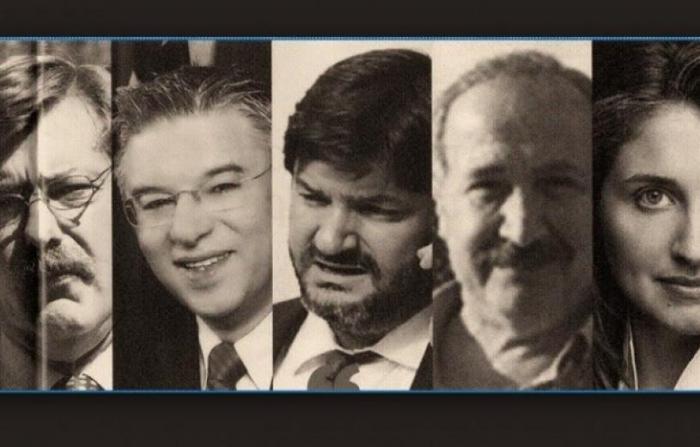 The radical developments and political turmoil caused by the video showing the Greek government’s former Cabinet Secretary engaging in friendly conversation with the Greek neo-Nazi MP and Golden Dawn Spokesman Ilias Kasidiaris, revealing details on its prosecution also exposed the “Far-Right pockets” in the coalition’s ruling party, the New Democracy Conservatives
PASOK Socialist chief Evangelos Venizelos, who is Deputy Premier/Foreign Minister under Prime Minister Antonis Samaras, called for him to excise any extremist elements in his party, a shot at his inner circle.
There are many within New Democracy who note that the party has foregone centrist stances and tilted toward the Far Right, sometimes with ultra-nationalist ideas and practices in order to gain votes from the supporters of Golden Dawn and the Independent Greeks.
Fingers are being pointed at the Far-Right organization “Network 21” (Diktyo 21) many members of which are close associates and intimate friends of Samaras. Their paths crossed some years ago, when Samaras left New Democracy due to his quarrel with the Mitsotakis Government over FYROM and set up his own party, Political Spring.
Among its members, Greek media have reported, the network counted Chrysanthos Lazaridis, Dionysis Karahalios, Stefanos Agiasoglou, Failos Kranidiotis, and such intellectuals as Kostas Zouraris, the late Neoklis Sarris, Sarantos Kargakos, Angelos Syrigos, and Alexandros Lykourezos.
The aim of Network 21, which was active before Samaras took leadership of New Democracy, was to create a “mind pool” among patriotic figures with a clear ultra-nationalist ideological orientation  focusing on Greek-Turkish matters and issues such as Cyprus, the Kurds, Thrace, Northern Epirus, FYROM, and Pontian Hellenism.
The general ideological orientation was to “awaken the patriotism of Greeks and transform them from passive subjects to independent persons, according to the best traditions of Hellenism and the spiritual examples of Christian Orthodoxy.” An orientation that bears great resemblance to one of the military Junta’s slogans, Country, Religion, Family.
Network 21 might have been sidelined as just another fringe think tank, but it took off through the Ocalan case, as many spoke of “parastate” activities. Even the then Prime Minister and PASOK leader Costas Simitis referred to these people as part of a parallel state and that the country should deal with them as a parastatal organization.
During the run-up for the succession in the leadership of the party, after the downfall of then New Democracy leader Costas Karamanlis, following his defeat in 2009, network members close to Samaras supported him as the successor.
When he took over the party he did forget his friends and many were appointed to key positions in the government after he won the second of two elections in 2012 and formed a coalition.
Lazaridis, a key member of the party and a lawmaker who was close to Samaras,  is a founding member of the network, while the network’s Vice President, Karahalios became head of the party’s social relations bureau. Agiasoglou became the party’s foreign relations chief.
Kranidiotis appears to be an “unofficial” personal adviser to Samaras. They’ve all often become the center of media attention due to provocative statements that were ideologically close to Golden Dawn’s practices, often characterized by anti-communist sentiments.
Even the recent removal of Kranidiotis from the party’s candidates for the European Parliament elections showed there were figures with Far-Right beliefs within New Democracy.
That New Democracy has adopted a Far-Right political agenda leaves many of its democratic members questioning if whether the party and the country is in safe hands or whether a new direction is needed.