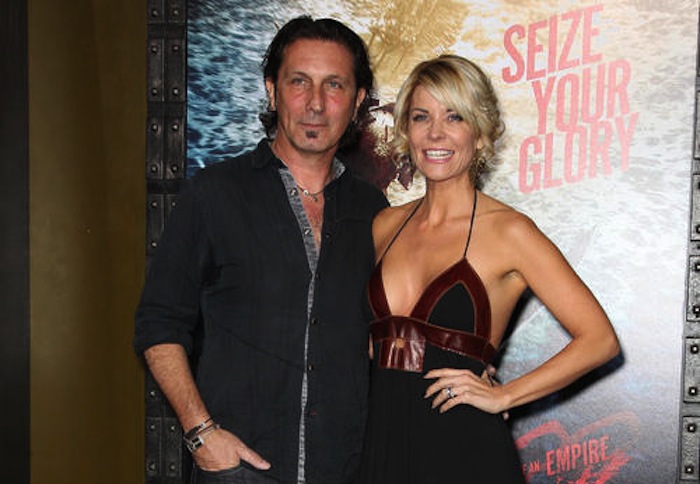 Watch the interview: Legendary production designer and filmmaker Patrick Tatopoulos talks about working on the set of 300 Sequel, his love for Greece and his upcoming wedding with McKenzie Westmore!

Tatopoulos is one of the most popular production designers in Hollywood and has worked in numerous motion pictures, including Pitch Black, Underworld, I, Robot, The Chronicles of Riddick, Independence Day, Bram Stoker’s Dracula, Stargate, Spawn, Godzilla, Stuart Little, I Am Legend, 10,000 BC, and Live Free or Die Hard.

Although Tatopoulos was born in France and lives in the United States, Greece is his first love as he states in our interview.

Tatopoulos was born and raised in Paris, France, to an immigrant father from Macedonia, Greece, and a French mother. His parents had a clothing store in Paris. He raced motorcycles, worked in 2-D advertising and drew comic book covers. Tatopoulos lived in Greece for ten years before coming to the United States in 1989.

In Greece, while working as a designer artist in the production of commercials, he was continually fascinated by creatures and special effects. He studied at the École d’Art Décoratif de Paris, the École des Arts Appliqués de Paris, and the École des Beaux-Arts. From Paris he moved to Rome and Greece where he began selling his illustrations. Eventually, his passion for the entertainment business drew him to the United States and within a short time became a designer for commercials, music video and motion pictures. He collaborates often with directors Roland Emmerich, Alex Proyas, and Len Wiseman.

The character of Niko Tatopoulos in Godzilla was named after his youngest daughter. Besides designing some of the most fascinating movie sets, Tatopoulos is also a director. He made his directorial debut with the 2009 film, Underworld: Rise of the Lycans and as he told us he is working on some new scripts to film soon.