Paco de Lucia Leaves his Legacy Behind in Greece (Video) 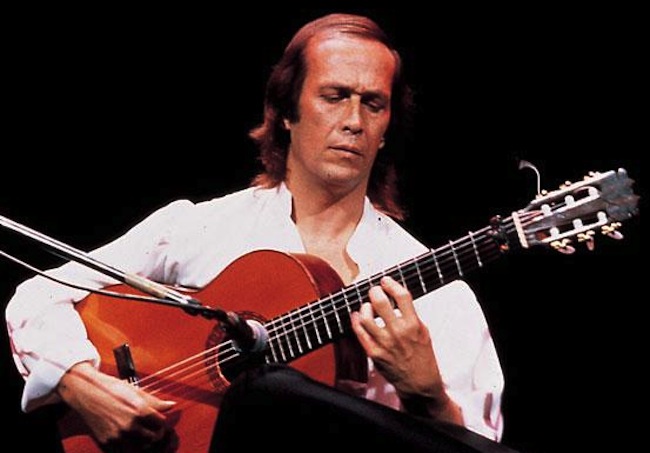 A day of mourning for guitar lovers and music fans all over the world, after the passing of Paco de Lucia was announced early this morning Wednesday, February 26.

To the music world , Paco is known as the greatest and most highly influential flamenco guitarist of all time and one of the first of his kind to cross over into other genres such as classical and jazz. However, for many Greeks, Paco became a household name after his 1987 collaboration with the esteemed Greek Musician and Singer George Dalaras.

Lucia and Dalaras first met in November 1986 at a concert they collaborated in at the Peace and Friendship Stadium in Athens, Greece. It was at this event that they appeared together for the first time performing a Greek and a Spanish song. The two pieces were recorded live at the event and included in their subsequent collaboration album “Live Recording Minos 668/1987  George Dalaras featuring Paco de Lucia.”

In an interview with Ethnos Newspaper in 2007, Paco spoke of his experience with both Dalaras and Greece:

What do you remember of your collaboration with George Dalaras?
I relish the moments that I can let loose and work on different types of music. Needless to say that I get to develop music with musicians that I consider wonderful, beautiful. George Dalaras is one of those people.
You were born in Spain, you fell in love with music of the “Gypsies.”  If you were in Greece, do you think that you would have been drawn to “Gypsy music” with the same strong, magnetic force?
I have no idea. I rather think that I would have become a Bouzouki player.
Paco de Lucia was  without a doubt a guitar phenomenon and musical inspiration. A true Godfather of the flamenco guitar, his music leaves a powerful legacy behind to his Greek audience as well as his countless fans around the world. He will be deeply missed.
[youtube]N2Ac9BPm66o#t[/youtube]