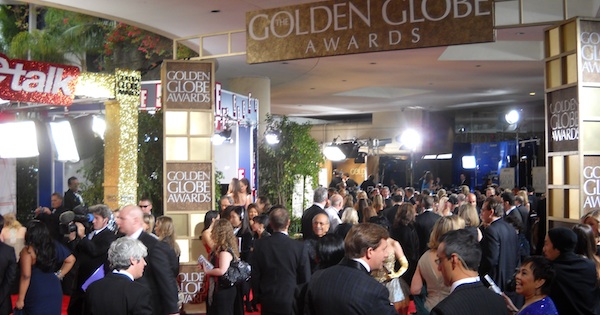 The Hollywood Foreign Press Association (HFPA) and dick clark productions (dcp) have announced the date for next year’s Golden Globes ceremony. The Awards will be presented on Sunday, January 11, 2015. Hosts Tina Fey and Amy Poehler will return for the third year in a row, and the ceremony will air on NBC live coast-to-coast from 5-8 p.m. (PT) and 8-11 p.m. (ET) from the Beverly Hilton in Beverly Hills, CA.

“Not only do we have the privilege of announcing the date of the 72nd Annual Golden Globe Awards, we are very appreciative of Tina and Amy for hosting the ceremony for a third year in a row,” said Theo Kingma, president of the HFPA. “There is no doubt they will once again host a memorable Golden Globe Awards celebration!”

After the success of their previous hosting gigs with the Golden Globes, Greek-American Tina Fey and Amy Poehler are making the third time a charm.

“They have always been our first choice as hosts and we’re delighted they are back ,” Kingma has said of the comedic duo.

Produced by dick clark productions in association with the HFPA, the Golden Globe Awards are viewed in more than 160 countries worldwide and are one of the few awards ceremonies to include both motion picture and television achievements.