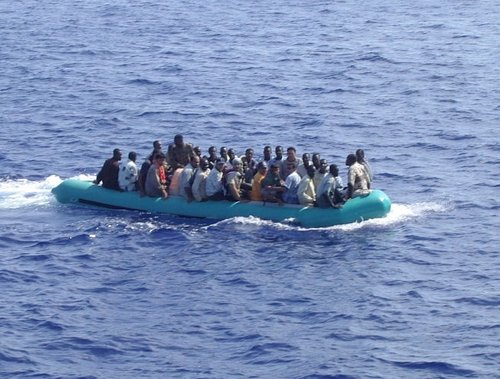 The United Nations refugee agency has expressed dismay at the capsizing of a boat carrying migrants to Greece illegally, leaving 12 people feared drowned.
The UNCHR late Tuesday urged the government to investigate why the accident occurred as a stranded fishing boat was being towed by a Greek coast guard vessel in the eastern Aegean.”UNHCR is urging the authorities to investigate this incident and how lives were lost on a boat that was under tow,” said Laurens Jolles, UNHCR’s Southern Europe Regional Representative, said in a statement. “Survivors neet to be quickly moved to the mainland so that their needs can be better looked after,” he added.
Greek authorities said 16 people were rescued following Monday’s incident near the small island of Farmakonisi, but 12 others were still missing after a two-day search.
The bodies of a 11-year-old child and a 38-year-old woman were located off the Turkish coast by Turkish authorities on Wednesday.
Authorities said the boat had been carrying 26 Afghans and two Syrians, and that the missing included infants and children.
(source: AP)